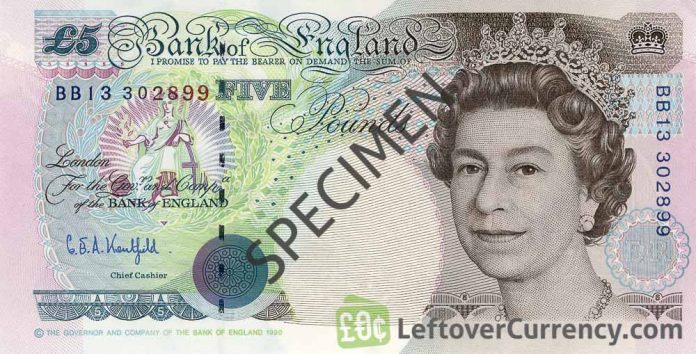 The pound suffered a heavy sell-off on Wednesday, skidding to its lowest levels against the dollar and euro in almost a year as markets ramped up bets on Britain leaving the EU without an agreement with Brussels on their future relationship.

London-based traders reported a significant increase in investors hedging against a ‘no-deal’ Brexit, an event which could send sterling into freefall and hurt the economy by raising trade barriers with the UK’s biggest export market.

The exodus began after UK trade Minister Liam Fox said on Sunday there was up to a 60 percent chance the country could leave the European Union next March without a trade deal in place.

There was no obvious trigger for Wednesday’s big moves lower, but rather a building sense of investor anxiety as the clock ticks down towards a series of EU-Britain meetings starting in September with no agreement in sight

“What we are seeing is broad sterling weakness, a very aggressive weakening trend,” said Peter Kinsella, strategist at Commonwealth Bank of Australia.

The slide against the euro, the biggest one-day fall since end-May, left the pound below 90 pence for the first time in nine months.

“A lot of companies can’t wait for the (Brexit) negotiations outcome in October, so of course are trying to hedge against a drop in the pound,” said Christophe Barraud, an economist at Paris-based brokerage Market Securities.

Sterling slumped half a percent versus the euro to 90.175 pence. The pound fell to as low as $1.2859 against the dollar.

Analysts said the pound was also being hit by a growing realisation that, after last week’s Bank of England’s policy meeting, UK interest rate increases were likely to be as limited as one a year and contingent on a smooth Brexit.

“Some are thinking in the market that the BoE raised in order to given them ammunition to cut rates in the face of a ‘no deal’,” said Neil Jones, head of hedge fund FX sales at Mizuho Bank.

Options markets supported the idea that there would be little relief in the coming months for sterling.

Morgan Stanley analysts on Wednesday recommended investors take out a sterling hedge given the prospect of more volatility on the horizon, but added that Britain was still likely to secure a deal with the EU.

“We see this as a short-term trade as the conclusion of any trade negotiations by early 2019 should cause the pound to strengthen … We target $1.50 on GBP/USD by end-2019,” the analysts said.

British Prime Minister Theresa May will discuss Brexit with the EU’s 27 other leaders at an informal summit in Austria next month and meet with them again in October to try to seal deals on the terms of Britain’s withdrawal.