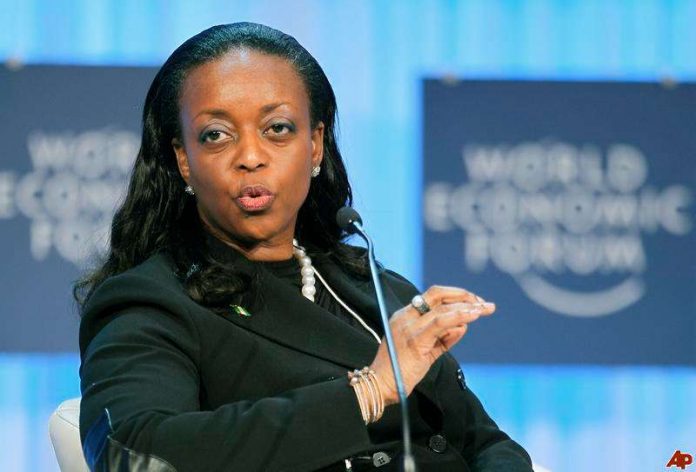 The fear of getting the ‘James Ibori treatment’ if tried in the United Kingdom may partly been responsible for why former Petroleum Minister, Diezani Alison-Madueke was asking to be returned to Nigeria to face trial.

Before Ibori’s London trial, he had been discharged and acquitted of a 107 count charge of corruption by a Federal High Court, Asaba.

Ibori, ex-governor of Delta State was later jailed by the Southwark Crown Court, London on April 17, 2012 after pleading guilty to ten counts of money laundering and conspiracy to defraud.

The ex-minister recently expressed her preference to face trial at home when she pleaded with the Federal High Court in Lagos to order the Federal Government to facilitate her return to Nigeria to face trial.

She asked for an opportunity to defend allegations against her in a charge filed against a Senior Advocate of Nigeria (SAN), Dele Belgore and former National Planning Minister Abubakar Suleiman.

However, National Daily gathered that the Economic and Financial Crimes Commission (EFCC) are vowing to resist any attempt by the embattled ex-Minister of Petroleum Resources, Mrs. Diezani Alison-Madueke to scuttle her impeding trial in the United Kingdom (UK).

According to some official of the anti-graft agency, EFCC the ex-minister’s statement is part of a grand delay strategy to escape justice in London.

Other reasons, according to EFCC sources, include the ‘strict nature’ of the British anti-graft law, and the huge cost of hiring a defence team there which could further drain her already depleted financial resources.

The Attorney-General of the Federation and Minister of Justice, Mallam Abubakar Malami( SAN) penultimate Wednesday told State House correspondents that the return of Diezani to Nigeria for trial might jeopardize the ongoing investigation in the UK.

Her trial in London, is expected to commence soon, sources added and EFCC officials are upbeat that the trial will justify the extensive job they did in investigating her.

The source said now that the EFCC has seized more than 56 houses from her, she should “face trial in the UK which may further vindicate our findings or otherwise.

National Daily gathered that US Department of Justice through its Kleptocracy Asset Recovery Initiative, is already seeking to recover $144m in assets from some associates of Diezani.

As at press time, it was learnt that Mr. Kola Aluko, one of the business associates of the ex-Minister, has gone underground. Aluko was implicated in the wiring of the part of the $1.5billion into a bank in Switzerland.

Recall that a Federal High Court in Lagos had on June 24, 2016 invoked the Interim Forfeiture Order in the EFCC Establishment Act to seize the properties. The affected assets are mostly in the United Arab Emirates (UAE), the United Kingdom, Canada, Switzerland and the United States.