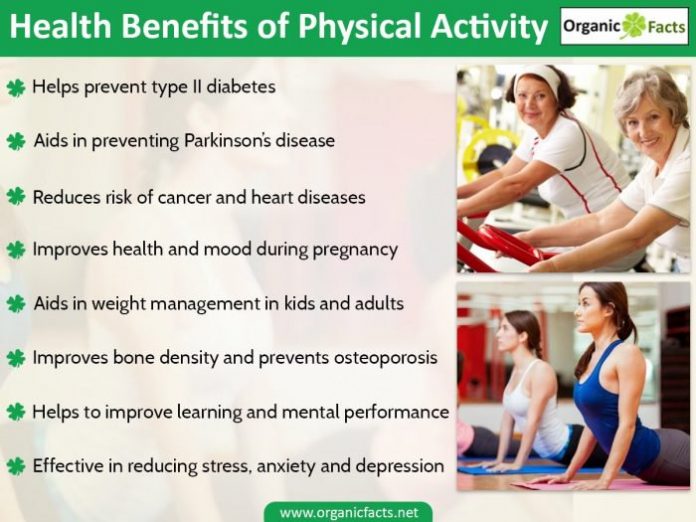 The health benefits of physical activity include a decreased risk of cardiovascular disease, type 2 diabetes, obesity, osteoporosis, certain types of cancers such as colon cancer and breast cancer, stress, anxiety, and depression. It is beneficial in improving general well being, brain health, weight loss, and Parkinson’s disease.

Doctors, medical experts, and general practitioners all advise people to take up a routine of physical activity and dietary changes to increase health. Exercise helps to burn up any excess calories. One can take up not just strict exercise regimes, but also simple physical activities such as brisk walking, using the stairs more often, and even household chores. This is particularly true for patients with a history of stroke.

Physical activity or exercise for most urban people has been on a steady decline for many years now. Lack of considerable physical activity has been attributed to the development of many diseases such as cardiovascular disease, diabetes, obesity, hypercholesterolemia, osteoporosis, mental stress, and the risk of certain cancers such as colon cancer and breast cancer. These diseases are considered lifestyle diseases due to the fact that their development is directly related to a lack of physical activity.

In many cases, people start working out or begin consistent physical activity only after being diagnosed with diseases such as diabetes, cardiovascular disease, and hypercholesterolemia. People do take physical activity or exercise seriously at that point and benefit a lot from such activities. However, it can be said that being active after being diagnosed tends to be closer to damage control than actually beneficial in real terms.

If we observe very young children who are at least 5 years old, they are physically very active and are lean and thin. This is due to the fact that they are expending the right amount of energy in comparison to what they are gaining through their diet. However, those children who are not physically active begin gaining weight even at an early age.  According to a recent study, physically fit kids have faster and more robust neuro-electrical brain responses during reading than their less-fit peers.

The improvements in technology and the resultant sedentary lifestyles are a major source of blame for our decline in health around the world. We hardly have any physical activity today, as most of our jobs involve sitting in front of a desktop for several hours and commuting in a vehicle. Even after reaching home, many people choose to sit around and watch TV or surf the Internet. With such inactivity, we do not burn even a fraction of the calories we consume.

In recent times, health and fitness products on the market often boast about proper equipment and machines that facilitate exercise. With the cost of these machines being high, many people are disheartened, discouraged, and avoid exercise altogether.

Another major issue that people find when taking up exercise or physical activity is time. In our busy day-to-day lives, allocating a definite amount of time can be difficult. However, it is our health which is at stake, after all. Anything material can be gained, but when good health is lost, it might not make a difference whether we’ve gained something material or not.

In reality, anyone can take up any kind of exercise regime and very easily begin being active. Some people may not be able to start actual exercise regimes due to pre-existing conditions like heart diseases. In such cases, they can consult their doctors for the kind of physical activities that they can begin to reduce the risks of being inactive, while still remaining healthy in terms of their other conditions.

Let us look at some of the health benefits of physical activity and exercise that can be achieved. A study conducted on the relationship between physical inactivity and the development of chronic diseases and premature death has revealed some interesting facts which include some of the following.

Research shows that moderate or routine physical activity has been reported to be effective in reducing the incidence and development of certain cancers, such as colon and breast cancer. Physically active men and women showed reduced risks of about 30% to 40% in colon cancer and a 20% to 30% reduction in breast cancer in women. There have also been pieces of evidence that the recurrence of cancer and deaths were also reduced thanks to physical activity. Studies on patients with cancer showed increased survival rates of up to 73% in patients that participated in considerable levels of physical activity.

Research suggests that exercising an hour daily reduces the risk of contracting breast cancer in women of any age and any weight. Research also suggests that physical activity and a healthy diet may help to reduce the risk of cancer.

Osteoporosis is a degenerative bone disorder which is often reported in middle-aged men and women. Osteoporosis is particularly observed more in women than in men. Research on the relationship between osteoporosis and physical activity revealed that exercises, particularly weight bearing and resistance exercises showed increased bone mineral density and a reduced risk of osteoporosis, particularly in middle-aged men, women, and in people of advanced age. Physical activity has also been reported to have reduced the risk of fractures, which often affects aging people. Physically active people had a lower risk of fractures compared to physically inactive people. Therefore, exercise is recommended to reduce the risk of developing osteoporosis.

The psychological or mental health of a person is also very important along with physical health. Regular exercise has also been reported to be effective in reducing stress, anxiety, and depression. The relationship between physical activity and mental well-being had no connection with socioeconomic standards, age, or gender. This pattern was particularly observed in physically active women and men who are 40 years of age and above.

Studies have shown that brain health can be improved through physical activity and the fruits of physical activity can be realized in later stages of life when brain health can be affected in a more noticeable way. A recent research suggests that activities such as climbing a tree and balancing on a beam may help improve cognitive skills. Moderate to heavy physical activity from an early age has benefits such as improved learning and mental performance, stimulation of neurogenesis, increased resistance to brain injury, and improvement in brain plasticity processes.

In recent times, the number of children playing outdoors has been decreasing. A sedentary lifestyle in children is increasing weight gain and obesity. Lack of physical activity has been a major concern and studies suggest interventions to increase physical activity in obese children. In fact, anything to motivate children to take up exercise or physical activity is a good thing. Other evidence shows that obese children with a lack of exercise are at a higher risk of developing coronary artery disease and non-insulin dependent diabetes mellitus.

Parkinson disease is a degenerative disorder originating in the central nervous system. The symptoms include shaking, rigidity, slowness of movement, difficulty in walking, and in later stages of life, dementia can set in. How and why Parkinson disease manifests is not known to science but research is ongoing to find the cause. One such research study pointed out that the risk of development of Parkinson’s disease was lower for people who were physically active in their early life from childhood through adulthood. However, highly strenuous physical work must be avoided, as it can increase the risk of Parkinson’s disease in the future.

The Center for Disease Control has now stated that physical activity is highly beneficial as a pain reliever. According to CDC, moderately intense activity or lower activity reduces the risk of disability in arthritis in most cases. Both aerobic and muscle-strengthening activities are known to work well for people with arthritis. In October 2008, the Department of Health and Human Services released Physical Activity Guidelines for Americans in which a lot of focus was put on physical activity to counter arthritis.

Loss of skeletal muscle mass, also known as sarcopenia, due to aging is a degenerative disease that can affect people in the later stages of life. Generally, sarcopenia develops between 65 – 80 years of age and this one of the reasons for low strength and fractures occurring so often in older people. A study has shown that the intensity of sarcopenia can be reduced by maintaining a good diet, vitamin supplementation if required, along with the regular physical activity. Of these, the study has emphasized exercise to be a better intervention to sarcopenia through aging and predominantly sedentary people.

Try to allocate 20 minutes to half an hour every day for physical activity. Take up simple physical activities such as brisk walking, warm-up exercises, cycling, yoga, and such other aerobic exercises. Aerobic exercises increase the rate of your heartbeat, so heart patients must consult their doctors for appropriate exercises. Do not overdo any activity when you are just beginning. Exercises require time for your body to get accustomed to. The heart also needs to be accustomed because it is probably not used to the rigorous activity.

The next exercise is walking and later, brisk walking. Brisk walking is a good way to break a sweat as it consumes calories beyond normal walking. Also, taking up brisk walking will gradually improve the heart and lung capacity. This is a preparation for the next set of complex exercises that you must take up to realize their full benefits.

The next exercises include sprinting. One should not start sprinting or running from the start, as it can put a lot of pressure on the heart. Our muscles and heart must get accustomed to the exercise regime, so slow and steady development is advised. 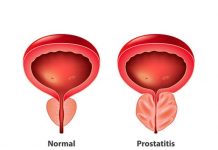 7 Signs of prostatitis no man should take for granted 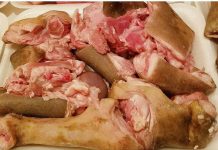 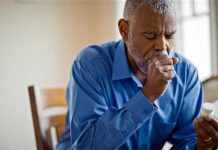 Major causes of hepatitis B explained

4 Popular styles kidnappers use in kidnapping their victims in Nigeria

4 Politicians PDP can’t afford to lose to APC ahead of...