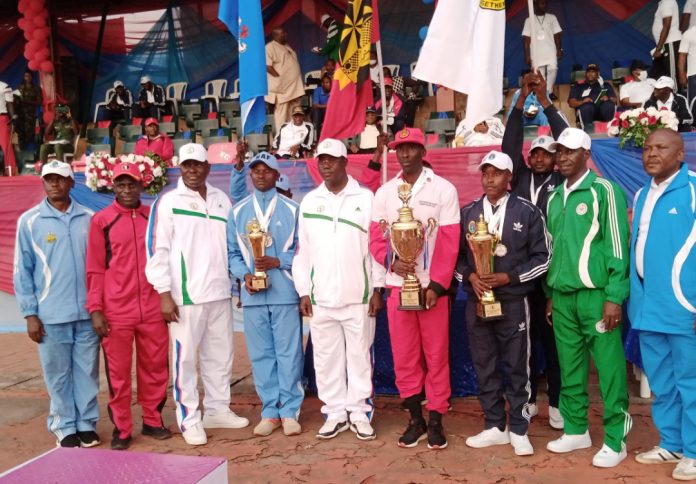 The Chief of Defence Staff (CDS), Gen. Lucky Irabor, has urged officers and men of the Nigerian Armed Forces to ensure that they are mentally alert and physically fit at all times.

Irabor gave the charge at the closing of the Armed Forces Inter Service Competition on Friday, in Abuja in preparation for the forthcoming Sahel Military Games.

Represented by the Chief of Defence Policy and Plans, AVM Dahiru Sanda, CDS said that sports would help personnel to continue to maintain high level of mental alertness and physical fitness.

He said that the aspiration was in tandem with his yearnings to foster a professional armed forces capable of effectively meeting constitutional imperatives.

According to him, the importance of physical fitness to a fighting force like the armed forces of Nigeria cannot be overemphasised.

“It is in realisation of this that the armed forces must ensure that its personnel remain mentally and physically prepared at all times while living no one in doubt about our ability to defend the nation.

“It must be stated that even with today’s modern weapon system, it is the personnel who are mentally and physically prepared that will make the difference in any conflict.

“Therefore, maintaining a high level of combat physical fitness will no doubt help our personnel perform optimal standards throughout their career.

“To this end, we should encourage our families to patronise fitness, gymnasia as we have constructed as many and others upgraded facilities across our military formations and units,” he said.

Irabor said the hosting of the first OSMA Sahel military Games for peace and solidarity in Abuja, was aimed at exploring the non kinetic aspects of operations to mitigate the war against insurgency and banditry within the Sahel countries.

He said that the timing for the tournament was apt as it would help to test the physical readiness of personnel to face the challenges while also keeping fit and fostering comradeship among personnel.

He commended the athletes for the spirit of sportsmanship and effort to put in their optimal performance towards the winning of laurels and being selected for the forthcoming OSMA games.

“In this regard, I implore you all there will be selected for the three weeks intensive camping to totally commit all your energy, concentration, hearts and minds into the training so as to come out tops in the OSMA games.

“I wish to use this opportunity to reassure Nigerians that the armed forces of Nigeria remains fully committed to the successful execution of its constitutional rule and will continue to meet its statutory responsibility of defending the territorial integrity of the nation,” he added.

The Chief of Training and Operations, Defence Headquarters, Maj.-Gen. Adeyinka Yekini, said that one of the strategic goals of this games was to Increase the efficiency and effectiveness of the personnel through physical fitness.

Yekini said that physical fitness remained the cornerstone of military combat readiness, adding that it help to keep them in top physical form to carry out their assigned missions.

According to him, a total of 189 athletes from army, navy and air force are expected to compete for in football, marathon and golf during the OSMA game on medal-scoring basis.

The President of OSMA, Brig.-Gen. Maikano Abdullahi, commended the comitment of Nigerian military for their performances during the selection competition.

Abdullahi expressed the confidence that the Nigerian Armed Forces athletes would perform well in competing with counties like Mali, Cameroon, Guinea among others.

The National Daily reports that the Nigerian army team won major competitions to represent Nigeria at the OSMA game.

On the medal table, army won a total of 19 medals, while navy and air force won nine and eight medals each respectively in both men and women category.

In Marathon, army team won first, second and third positions in both men and women category as well as the overall winner of the completion.