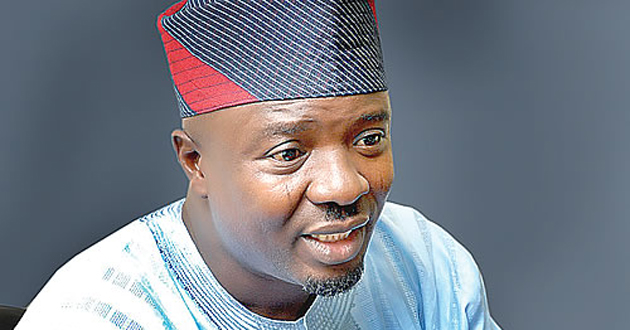 By Lanre Adesanya
‎
In reaction to the alleged discrepancies cited in the 2016  budget, a member of the Federal House of Representatives, Hon. Jide Jimoh has stated that  government official and civil servant responsible should be adequately penalized.

Hon Jimoh representing Lagos Mainland Federal Constituency at the Federal House Reps took this stance in his comment on inflated figures in the 2016 budget as revealed by the presidency.

In his words, “though the revelation from the Presidency concerning inflating figures is yet to be confirmed and it must be investigated thoroughly.

“Whoever is found guilty after investigation should be prosecuted. Whatever wrongs that happened on the issue of budgeting is a violation of law,” he said.‎

He noted further an holistic investigation should be done which will comb all the ministries, departments and agencies of the government, no room for sacred cows or preferential treatments.

“There is hardly no sector, where you would not see corruption be it federal, states or local government.  Recently, Nigerians were complaining that President Muhammadu Buhari should step up action on his anti-corruption crusade. That is why he is moving slowly and steadily to stop the cankerworm in the country.

“As far as I am concerned, Mr. President would investigate the bogus figures revealed in the budget and you know that such a violation is punishable under the law of the land. Let us wait for the outcome of the investigation and watch out for the next action,” he said.

It would be recalled that National Assembly had called on President Muhammadu Buhari to institute a high-powered probe panel to investigate the alleged padding of the 2016 budget by some top civil servants.

The House of Representatives task the anti-graft bodies in the land to swing to action by prosecuting top civil servants responsible for the padding.

Share this on WhatsApp
Related Topics:2016 BudgetFederal House of RepresentativesHon. Jide JimohPresident Mohammad Buhari
Up Next