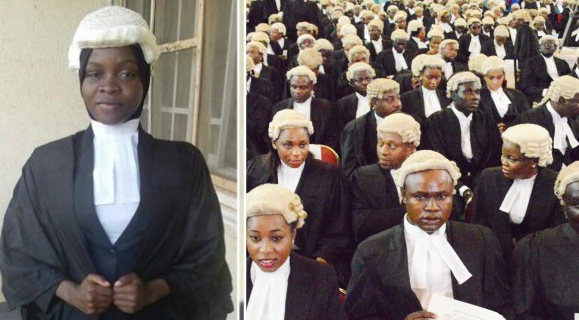 By Boluwatife Ezekiel Olaleye
The on-going hijab controversy between the Nigerian Law School and a law graduate, Amasa Firdaus, has caught the attention of the House of Representatives which has resolved to probe the matter.
The House at yesterday’s plenary resolved to mandate its Committee on Judiciary and Justice to investigate the controversy and make appropriate recommendations, which should include, among others, the ultimate recognition of and compliance with the rule of law above any tradition or practice.
The committee is mandated to submit its report within two weeks, in a decision made during debate on a motion brought under matters of urgent public importance by Honourable Danburam Abubakar Nuhu (APC Kano).
Titled ‘A Motion on the Need to Intervene on the Hijab Controversy between the Nigerian Law School and Amasa Firdaus, a Law School Graduate,’ the lawmakers noted that the action of the Nigeria Law School was to say the least taken in extreme measure. They said during debate of the general principles of the motion, Firdaus’ rights were breached to the extent that it not only violated the Nigerian constitution but other international statutes like Article 8 of the African charter on human and people’s rights (Ratification and enforcement) Act (Cap A9) LFN, 2004.
According to them, there were no apparels adorned by the law graduate that violated any dress code, essentially when she wore a head scarf on top the traditional law wig, which showed compliance with the tradition of the Nigerian Law School and decency in line with her traditional beliefs.
ALSO SEE: Potential South African President elected ANC leader
They argued that outside Nigeria, other civilised democracies and countries allow use of headscarf (hijab) by Muslims during graduation ceremonies and presentation of certificates.
“In the US, UK it is allowed. In Kenya for example, the chief justice reportedly took group photographs with two female Muslims who used headscarf during the graduation of law graduates,” sponsor of the motion said while leading debate.
He noted that it was unfortunate such would happen in Nigeria and noted that beyond rhetorics that the Nigerian law school which ought to train law graduates could violate provisions of extant and international laws.