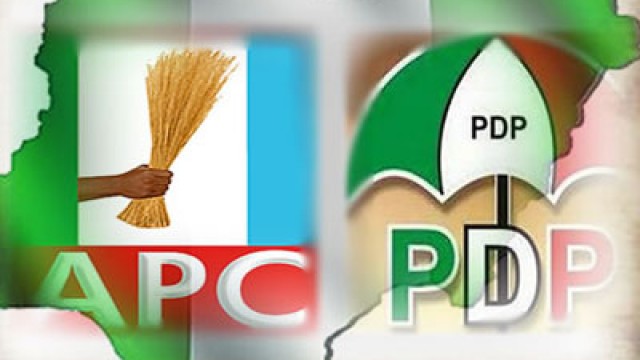 Democracy, by isochronal and intertextual condensing, including but not limited to Jeffersonian, Lincolnian and Grecian normative standard is the political doctrine that recognizes the institutionalization of liberal structures of governance that enfranchises and gives the people the rights to elect and remove their leaders. It concretizes the basis of their participation in the decision–making process and enhances their freedoms. Indeed, a government of the people, by the people for the people.

But, in the Nigerian so-called democratic ambience the above–mentioned definition of democracy is a consummate misnomer. Democracy in Nigeria is the wresting and larceny of power by rigging, thuggery, assassinations, Kidnappings and total Machiavellian acrobatics. It is the stealing of power by a criminal league, concourse and clique called Political Party for and through their individual members leading to the pauperization of the franchise and breach of all tenets of universal adult suffrage. It is the selling of souls to the devil with power as the quid pro quo.

This politically weird means of power acquisition has often given rise to despotism, political impunity, unthinkable corruption and fascism. Fascism grew out of the unstable political conditions that followed on the heels of World War I. Its mass appeal derived from its promises to replace weak democratic governments with strong leadership and to rectify the grievances of individuals and states of the post war settlement. In the 1920s fascist dictators began to gain power in several countries. Once they did, tensions arose between themselves and the democratic states-tensions that would lead eventually to war.

Fascism was not a coherent doctrine like Marxism, but all fascists believed in strong, nationalists, authoritarian State, ruled by a charismatic dictator backed by a single paramilitary party, like the PDP in Nigeria. Fascist are fanatically opposed to democracy, socialism, Marxism and liberalism, and were often racist and anti-Semitic. Both in opposition and in power, fascist made effective use of propaganda and terror to win support and to dispose of opposition and political rivals like the PDP is doing in Nigeria.

The Nigeria so-called democracy of today reflects all the characteristics of fascism and despotism. We have no opposition, indeed Nigeria is a one-party (PDP) state sunken in the Cauldron of masqueraded totalitarianism. The APC is locked in somnambulistic political slumber. We therefore need to build structures, reorientations and bowdlerizations that will enhance and concretize the democratization of our democracy. Otherwise, we will be reechoing the observations of the political analyst Dr .H. L. Mencken (1880-1956) that, “The saddest life is that of a political aspirant under a cursed democracy. His failure is ignominious and his success is disgraceful”.

We need transparent and credible election process and electoral infrastructures that will make the vote of every Nigerian count as authentic vote. This can only come about through a drastic revolutionization of the electoral and election process and not the bastardization (Iwuruwuru) of the system. The INEC as it is presently constituted cannot conduct a free and fair election in 2019 based on its antecedents and precedents in our political history. If Professor Jega wants to take any iota of integrity home, he should resign now. The INEC must then be completely overhauled at National and State Levels. We call for political socialization and enlightenment for all politicians.

The mind-set of the politician which believes that politics is a do-or-die game, hideous power tussle and a mutually assured destruction for all, through the acquisition of power by all means must be completely deracinated and exorcised from his/her political psyche. It is this edacious and murderous mind-set that constitute 99% of the problem because they are insincere and want to win elections by any means, including but not limited to bribing INEC officials, thuggery, kidnapping, rigging, ballot box snatching, assassinations and manipulation of the judicial process.

We find that the vast majority of Governors, legislators etc which we call our leaders are not really our leaders, hence they owe us no political obligation because, they got to power through illegitimate means and not  through our votes. They therefore cannot meet our aspirations and needs. We call for the implementation of the recommendations on electoral reforms in the UWAIS REPORT. The composition of the Electoral Commission should be the responsibility of a broad spectrum of Nigerians and not the exclusive preserve of the predominant and ruling political party. We must have representatives from the Nigerian Bar Association, Civil Society Organizations, Labour Unions, Women Organizations, Student Unions and Youth Organization etc. This will ensure a free and fair electoral process and will help to lessen political tension.

The question of frivolous and sometimes marathon legal battles after elections have tended to alter our political calendar and precipitate political cataclysm in some areas (ANAMBRA) etc. This is not good for our democracy. It is in the light of this, that we call for the harmonization of the political calendar by ensuring that no one should be sworn into office or assume position until all judicial interventions and election discrepancies in the matter have been concluded. We believe as recommended by Justice UWAIS that there should be an Electoral Offences Commission (EOC) and that prosecution under the Electoral Offences Commission (EOC) should be by an Independent Prosecutor not by the fiat of the Attorney General of either of the Federation or the State.

The snatching of ballot boxes and rigging  will be greatly ameliorated if elections are held simultaneously on all fronts across the nation. The democratization of democracy will be consolidated if we hold elections between 9am-10am till 12 noon. A voter can come for accreditation, confirm his name in the voters registers and goes home. From 11 am the voter queues up, collect ballot paper, go into the closet, do the thumb printing there and then bring the thumb printed ballot paper to the open and drop it in the ballot box. The voting process can be over in just one hour. The votes are then counted and the result sheets are given to everybody. This process will not allow professional vote riggers to manipulate the voting process.

The electoral reform process is critically crucial if our democracy must survive beyond 2019. The electoral process is the barometric gauge with which any democratic system is measured and our political history has shown that the electoral process in Nigeria is still submerged in the tortuous labyrinth of gross imperfection. In the federal election of December 1959 which was meant to usher in the political independence of Nigeria, the Northern Peoples Congress (NPC) won 148 eats, the national council of Nigeria and Cameroon (NCNC) and the Northern Element Progressive Union (NEPU) won 89 seats, the Action Group (AG) and the United Middle Belt Congress (UMBC) won 58 seats. No party won majority vote. This led to grotesque coalitions, political manipulations and ward alliances that culminated in Dr. Nnamdi Azikiwe, former premier of Eastern Nigeria being sworn in as the first indigenous president of Nigeria under a parliamentary system of government.

Chief Obafemi Awolowo, former Premier of western Nigeria became the leader of opposition at the federal level. The Sadauna of sokoto remained the Premier of Northern region, Chief Akintola who was deputy leader of the Action Group became premier of Western region and Dr. Okpara became Premier of Eastern region. Setting a strong matrix for a political system based on insecurity, mistrust and Parochialism because of massive election rigging and manipulations. The political bad blood between Chief Obafemi Awolowo and Chief Akintola continued. This soured political feud led to a spiral of political bellicosity and Cartesian maneuver, which plunged the whole of the Western region into anarchical entropy (The Wild, Wild West).

However, our long sought after independence finally came, but it turned out to be a “Barmecidal dish”, as our leaders were staple chasing in the tenebrous abyss of self-destruct, because of their nepotistic and narcissistic proclivities. The Nigerian Nation (1960 – 1966) was wallowing in the dungeon and crypts of unthinkable corruption, indecent opulence, ludicrous antics, ethno-bigotry, political farrago and social somnambulism. The international community, the Nigeria electorate and nay the military institution was disturbed by the dubious machinations, the fundamental error of judgment and the culpable omission of our leadership and our politicians. One thing led to the other giving rise to the putsch of Jan 15, 1966 (PERATION DAMISSA).In the resultant coup de tat the sardauna of Sokoto, Sir Armadu Bello, the Chief Prime Minister of Nigeria, Sir Abubakar Tafawa Balewa, Chief Okotie –Eboh (Omimi – Ejoh) etc were assassinated.

These historical adumbrations have become necessary to remind our leaders and our politicians of the dangers inherent in the antics of elections rigging, corruption and the schismatic signals in the 2019 elections without adequate electoral reforms and their total attitudinal reorientation. One of the arrowheads of the coup, Major Kaduna Chukwuma Nzeogwu said ‘the military has taken over to bring an end to gangsterism and disorder, corruption and nepotism. My compatriots you will no longer be ashamed to be Nigerians”. However, many political analysts saw the spate of killings to be in favour of the East (Igbo) and called it an “Eastern Coup”. It will be recalled that politicians of Igbo extraction like Dr. Nnamdi Azikiwe, Akanu Ibiam, Dr, K.O. Mbadiwe etc were not killed or assassinated in the coup and furthermore an Igbo Major General J. T.U. Aguiyi Ironsi took over as Head – of – State. These selective Killings sent the wrong signals to the Northerners. The rest is a sordid and hideous history for the Nigerian Nation.

Finally, we must learn from our past and Endeavour to reshape our nation through fundamental change in our electrical process. Our democracy will be lifted from Paleolithic backwardness to progressive heights if we sincerely make positive review of the electoral process through electoral reforms. We call on members of the legislative arm of government at all levels to rise to the occasion. We commend the efforts of the Coalition of Democrats for Electoral Reforms (CODER), Conference of Nigerian Political Parties (CNPP), the NBA, the Labour Congress and the Nigeria electorate etc for their efforts so far. But they must continue to agitate for the democratization of Democracy and make sure that our democracy is not reflective of Lenin’s argument in his book “State and Revolution’ that “No, Democracy is not identical with majority rule. Democracy is a state which recognizes the subjection of minority to the majority, that is, an organization for the systematic use of force by one class against the other, by one part of the population against another”. This is not our model and mode of true democracy. On true democracy Nigerians must trust and stand.