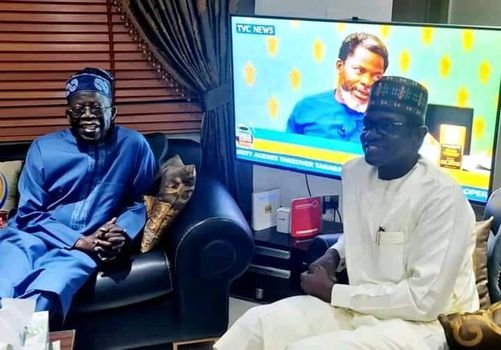 The Caretaker Committee Chairman of the ruling All Progressives Congress, Gov. Mai Mala Buni, has joined the list of the party’s leaders and politicians to have visited APC national leader Bola Tinubu.

The Yobe governor visit was to Tinubu’s Bourdillion home in Lagos on Sunday—unlike other governors who flew to London where the APC national leader was recovering after a knee surgery.

Senators, House of reps caucus and other politicians went there too before he came back recently.