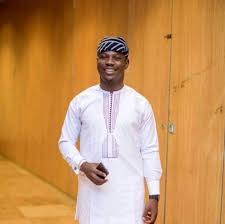 The ruling party in Oyo has described the nomination of a 27-year-old party hopper as unguarded, and the party spent hours protesting it during the screening of commissioners Gov. Seyi Makinde nominated.

Nominee Seun Fakorede, the PDP argued, is from the opposition All Progressives Congress.

According to the PDP leaders in Ibarapa North Local Government, led by the senatorial chairman of Oyo South, Samuel Olawuwo, Fakorede and his father had long left the party and worked against Makinde’s victory in the last election.

“By the time we were campaigning about, the governor promised us that anytime he wanted to pick either the commissioner or any other office, he would consult us,” said Olawuwo.

“But he didn’t do that when he wanted to pick Seun Fakorede.

But Fakorede said the issue was an internal matter that would be settled in due course.

The winning political fad since the last general election is appointing young people as commissioners, advisers, or others.

There are even state assemblies now where Speakers are under 40.