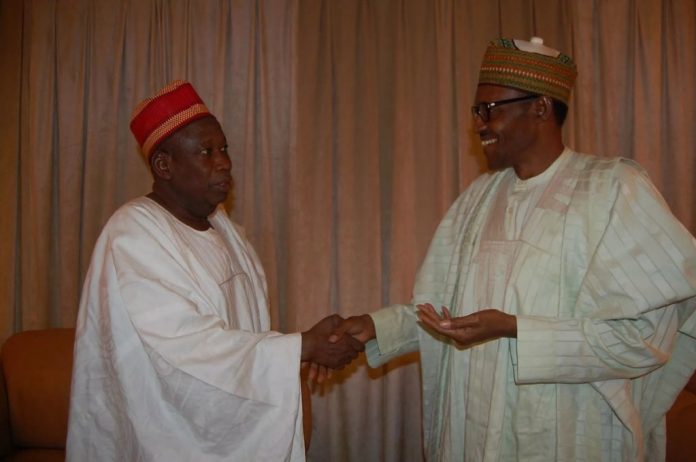 Socio-Economic Rights and Accountability Project (SERAP) has petitioned President Muhammadu Buhari urging him to direct the Attorney General of the Federation and Minister of Justice, Abubakar Malami, SAN, and/or appropriate anti-corruption agencies to, without delay, investigate allegations of bribery against Governor Abdullahi Ganduje of Kano State, as contained in the widely circulated video clips allegedly showing Ganduje receiving bribe.

SERAP argued: “if there is relevant and sufficient admissible evidence, Ganduje should face prosecution at the expiration of his tenure as governor;” demanding the federal government “to instruct the Attorney General and/or appropriate anti-corruption agencies to ensure the protection and guarantee the safety and security of journalist Jaafar Jaafar, who reportedly published the video clips.”

In the petition dated 2 November 2018m signed by the Senior Legal Adviser, Ms Bamisope Adeyanju, the SERAP argued: “Given the history of corruption in Nigeria, especially, unresolved allegations of grand corruption against many state governors, your government cannot and should not look the other way regarding the allegations against Ganduje. Any allegations of bribery and abuse of power in any state of Nigeria is of concern to every Nigerian, and should therefore, be of concern to your government.”

The organization asked the government to “take the recommended steps within 14 days of the receipt and/or publication of this letter, failing which SERAP will institute legal proceedings to compel your government to act in the public interest.”

According to the organization, “Taking the recommended steps would help to enhance your government’s fight against corruption and contribute hugely to promoting the public interest, the interest of justice as well as prevent any abuse of the legal process. Any failure and/or refusal to act would undermine the goal of your government’s anti-corruption fight and tacitly serve to encourage persistent allegations of corruption among many state governors to continue with almost absolute impunity.”

The letter read in part: “Vigorously seeking to enforce anti corruption legislation and the UN Convention against Corruption to which Nigeria is a state party against alleged corrupt governors will show that your government is with concerned with the overall well-being of the federation and willing and able to enforce important constitutional principles.

“The Attorney-General of the Federation has power, conferred on him by section 174(1)(a) of the 1999 Constitution (as amended) and anti corruption agencies have the powers to act on the allegations of bribery against Mr Ganduje for the sake of ensuring transparency and accountability, and promoting the common good, peace, order and good government of the federation (which includes Kano State).

“Taking prompt action on the allegations of bribery against the governor would also be entirely consistent with the provisions of section 15 subsection (5) of the Constitution, which requires your government to abolish all corrupt practices and abuse of power, regardless of the state where such practices take place. Section 15 specifically defines “government” to include the government of the federation, or of any state, or of a local government council or any person who exercises power or authority on its behalf.

“Section 61(2) of the Corrupt Practices and Other Related Offences (ICPC) Act also provides that public officers accused of bribery may be prosecuted by the appropriate authority for such an offence.

“SERAP is concerned that growing allegations of corruption including bribery against many state governors have not been investigated and that several of the governors involved are getting away with their alleged crimes.