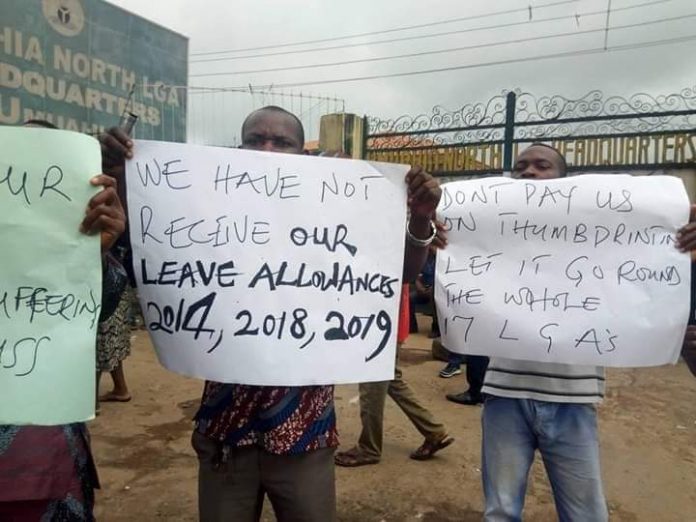 Workers in Abia State on Monday took over the streets of Umuahia, the state capital, making the city uncomfortable for Governor Okozie Ikpeazu to have his way to the office. National Daily learned that workers of the Umuahia North Local Government Area, on Monday embarked on mass protest in Umuahia to compel the governor to release local government funds to enable the councils pay workers salaries and allowances which have accumulated over the 14 months, in some others 16 months.

Report indicated that accumulated salaries date back to 2014, some others 2016.

At their duty posts, the workers were said to have locked the gate to their office complex, and further demanding the removal of LG Chairman and the deputy.

They demanded urgent action by Governor Ikpeazu to ensure the payment of their salaries.