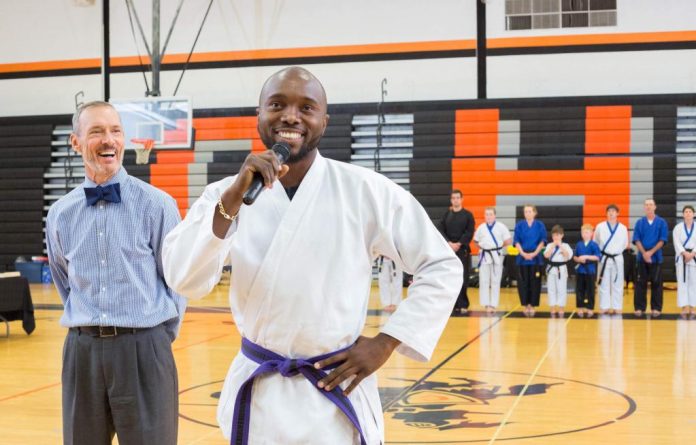 Abuja Karate Board of Nigeria has elected a new chairman. Umeohia Nnaedu, the founder of Goodfathers Foundation, emerged winner of the keenly contested post.

Before now Umeohia Nnaedu has been quite active in the state and national activities as it concerns Karate tournaments and the organisation. He has been promoting karate by advocating for a blend of good fatherly leadership principles and sports.
Speaking to National Daily after he was declared winner, the new Chairman spoke on the state of Karate in Nigeria. He said many of our Nigerian Karate athletes have shown great determination by winning several medals within and outside Nigeria.
Umeohia believes with proper funding Karate can be one of the leading sporting activities in Nigeria, “I believe brands will support the growth of Karate in our Nation because of the benefits it adds to the development of the nation citizen. Karate as we know is not just a physical fitness exercise, it also creates in individual mental and emotional balance, therefore, producing individual who are resilient and can comfortably lead in their different areas of profession”.
The new Chairman told National Daily on Friday in Abuja that he was pleased to be elected by the Federal Capital Territory Karate Board to head the association. He said he accepts the role with much  gratitude and deep  responsibility to focus the organisation’s effort in achieving the task ahead of them. 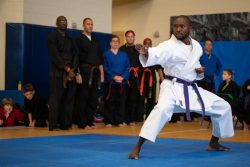 “Our promise is that at the end of this 4-year tenure, we hope that schools would include Karate as part of their sporting curriculum. We would visit schools across the state. And host various Karate tournaments to showcase and recognize outstanding students” he said.
Umeohia added that Karate is still a growing sport in Nigeria and Government can support the growing sports by funding major tournaments. Parents are advised to encourage their kids to participate in Karate as they stand to benefit not just from being physically active but also from the moral principle and discipline that they will experience.