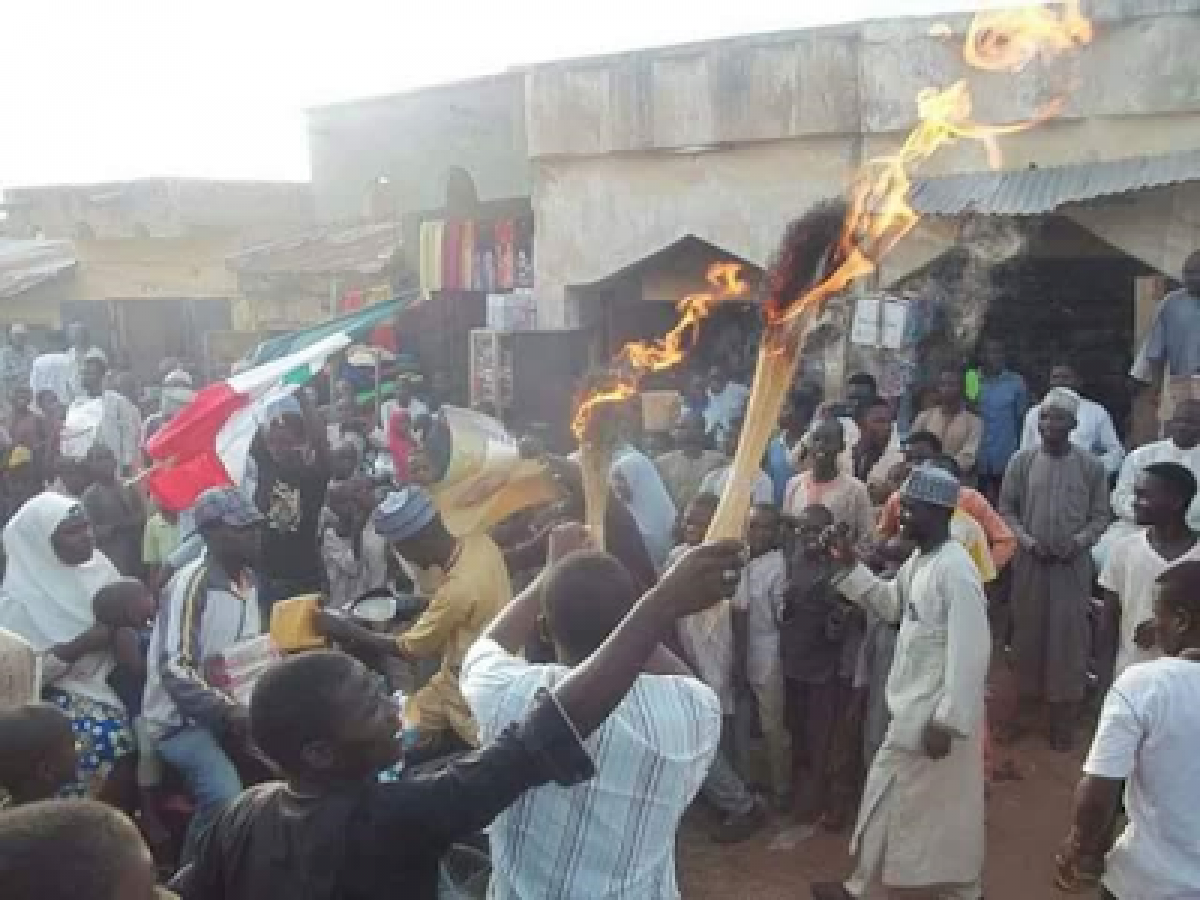 The All Progressives Congress (APC) campaign train led by President Muhammadu Buhari in Yola, the Adamawa state capital, got a rude shock on Monday when youths soundly rejected the party and its presidential candidate, Bola Tinubu, by openly burning brooms, the symbol of the APC.

President Buhari had on Monday visited the state to kick-off the APC campaign train in the home state of Alhaji Atiku Abubakar, the presidential candidate of the Peoples Democratic Party (PDP).

However, shortly thereafter, youths trooped to the street with buckets of water, washing off what they considered as stains of the APC leaders and also set brooms (APC symbols) on fire.

Earlier at the palace of the Lamido of Adamawa, when President Buhari visited, the APC candidate, Tinubu, was conspicuously absent, prompting the president to explain that Tinubu’s aircraft had developed a fault.

“The aircraft that was meant to convey the presidential candidate of the All Progressives Congress (APC), Bola Ahmed Tinubu to Adamawa state on Monday has developed a fault.

“Tinubu was scheduled to arrive at the Yola International Airport by 10 am on Monday to flag off his presidential campaign in the state.”