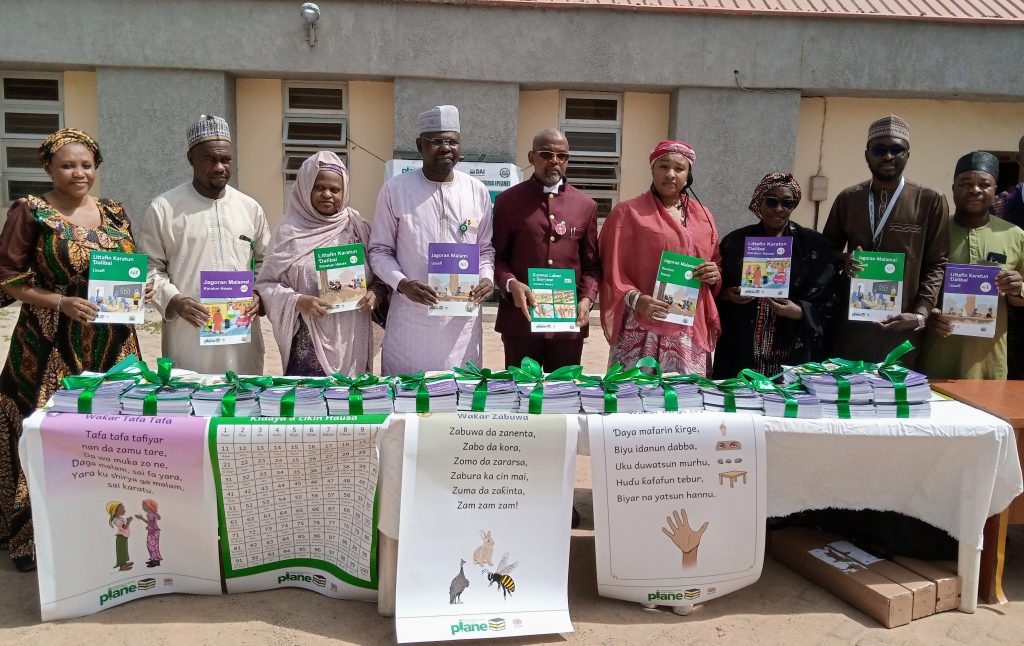 The Partnership for Learning for All in Nigeria (PLANE) programme, on Monday handed over more than 280,000 learning materials for primary one and two pupils to Kaduna State Government for distribution to schools.

Mr Salim Sadiq, PLANE’s Senior Technical Adviser, Teaching and Learning, said at the event in Kaduna, that the gesture was to improve learning outcomes in primary schools.

Sadiq added that the support was under Output 1 Component of the programme which focused on foundational skills development.

He said the materials were developed and reviewed by education stakeholders in the three intervention states of Kaduna, Kano and Jigawa.

“In line with the PLANE’s mandate to improve learning outcomes in primary schools, a total of 280,000 foundational skills materials were produced.

She said that the materials were being distributed simultaneously across the six LGAs for onward distribution to schools, for timely usage since academic activities had resumed.

“Every pupil in each of the benefiting schools is expected to have the learning materials while the teachers will have the guide to deliver on the content of the materials.

“The teachers have already been trained on how to use the materials to impact positively on the learning outcome of the pupils,” she said.

Receiving the materials, Dr Haliru Soba thanked PLANE for the support, which he described as “very critical” to quality teaching and learning at the foundational level.

Soba said it was very unlikely to build anything meaningful on a defective foundation, stressing that the major causes of learning poverty were inadequate foundational skills.

According to him, inadequate skills among the pupils at foundational level will create a situation where children of up to 10 years will not be able to read and write.

“That is absolute learning poverty, but once we address the foundational skill issues, our pupils would be able to read and write, especially in their mother tongue.

“This will build a solid foundation that would enable the pupils to navigate through the entire basic education level with ease.”

He said that through different interventions, the government was able to reduce the gender parity index in primary schools, average distance from community to schools, and increased enrollment.

He added that the government was making the necessary efforts to provide necessary ambiance for learning to take place.

Adejor said that PERL, a governance programme of the UK Foreign, Commonwealth and Development Office (FCDO), would continue to clear blockages relating to service delivery through dialogue between the government and citizens.

He pledged the programme’s continued support to improve the quality of service delivery that would impact significantly on the lives of the people.

Share this on WhatsApp
Related Topics:distributesKadunalearning materialsPlaneprimary schools
Up Next