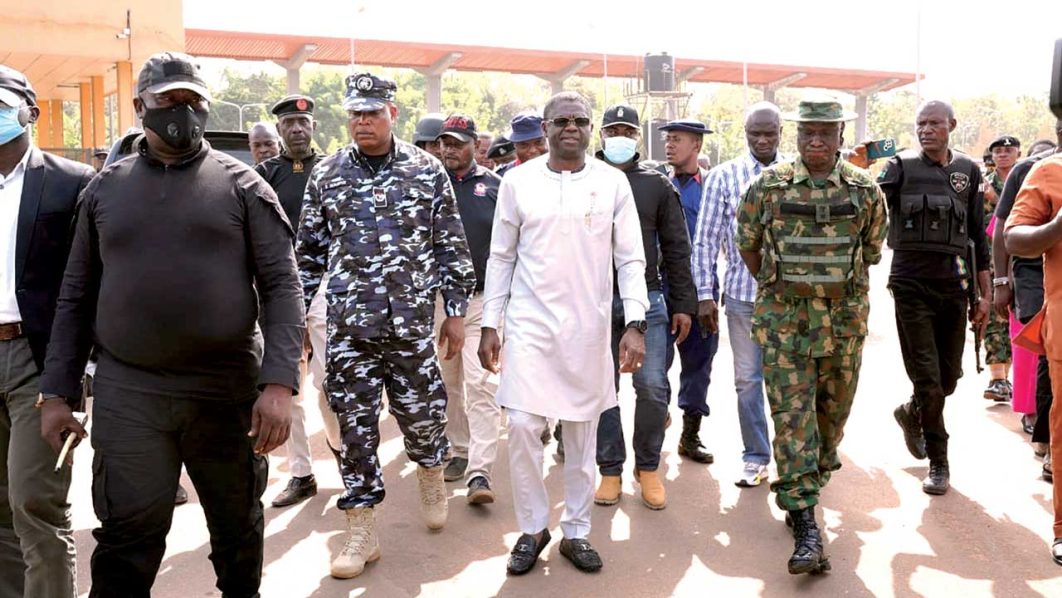 One of the abducted passengers from the attack on the Igueben Train Station in Edo state, has been rescued.

The Edo State Police Command who revealed this on Tuesday said authorities have intensified efforts after the unfortunate event a few days ago.

Earlier, six of the abductees were rescued about 48 hours after the attack on Saturday.

Over 30 intending passengers were kidnapped on Saturday afternoon when gunmen attacked a train station in Igueben in Edo.

The Edo State Commissioner for Communication and Orientation, Mr. Chris Nekhihare, during a media briefing on Monday, revealed ongoing efforts by government and security agencies to ensure that all the victims were released as well as the arrest of those involved in the abduction.

Nekhihare said those rescued were a 65-year-old man, a mother and her baby, two siblings and another person, adding that two more of the gunmen that attacked the train station had been arrested.

He appealed to Edo residents to be vigilant adding that “operation bush combing” was still ongoing, and saying nothing would be left to chance.

“A large portion of the forest is being combed. We call on Edo people to be vigilant. If you see something, say something,” Nekhihare stated.

Meanwhile, the Nigeria Railway Corporation (NRC), blamed saboteurs for attacks on trains and rail stations across the country.

He said the corporation put some security measures in place at its train stations across the country after terrorists attacked a moving train in Kaduna State on March 28, 2022.

“We planned but we also have people who are trying to sabotage our efforts,” he said.

Meanwhile, the Gunmen who abducted the passengers have demanded N620 million for their release.

This was according to the Executive Director of the Esan Youth for Good Governance and Social Justice, Comrade Benson Odia.

Odia who disclosed this on Monday while interacting with journalists in Benin, said the kidnappers had contacted some families of the victims and demanded N20 million for each person.