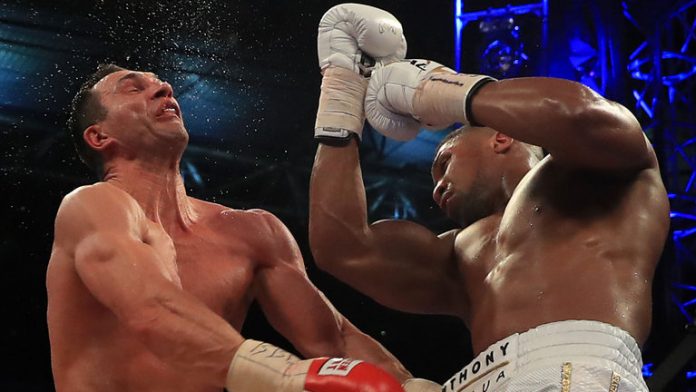 Phelps is the fastest swimmer to ever live and the most decorated Olympian of all-time .

The 32- year – old American , who retired after the Rio Olympics in 2016 , picked up an astonishing 23 Olympic gold medals , as well as three silvers and two bronze .

“ Got to hop in the water for a swim with my man Anthony Joshua . Had great chats and taught him a few things about the pool !

National Daily gathered that Wilder  has chosen dates for his unification showdown with Joshua .

The Bronze Bomber claims he is willing to fight the WBA , IBF , IBO and WBO champion in his home country or in America, adding that the fight will be in September if it ’ s in the UK and in November if it happens in America .
Share this on WhatsApp