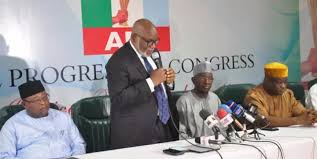 The ruling All Progressives Congress (APC) considered the Muslim Fasting at the request of some party leaders in rescheduling the National Convention from June 2 to Saturday, June 23, 2018.

The National Convention Committee which the Governor of Jigawa State, Alhaji Mohammed Badaru Abubakar, is chairman, had made the request for a shift in date to enable Muslim members of the party fully observed their Ramadan fasting. The request was subsequently approved by APC National Working Committee (NWC).

The APC had earlier notified the Independent National Electoral Commission (INEC) that its National Convention would hold on June 2, 2018. The party would require to communicate the national electoral umpire on the new date.

It was indicated that the Ramadan will be end before June 23.