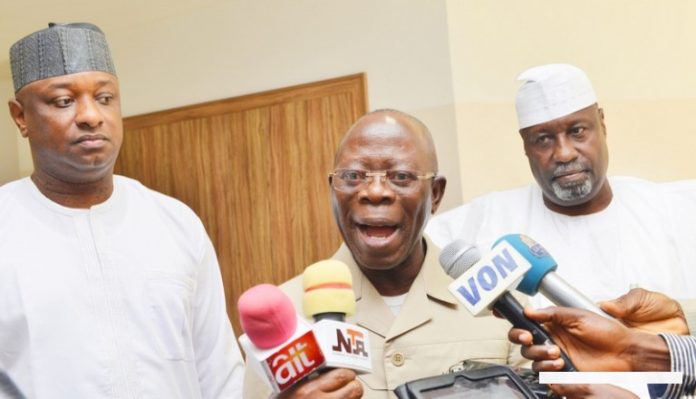 The uncertainties in the ruling All Progressives Congress (APC) continue to unfold with daily political transactions in the country. About 24 hours  after 15 senators defected from the ruling APC, 14 to the Peoples Democratic Party (PDP) and one to the African Democratic Congress (ADC), two Senators – Lanre Tejuoso, Ogun Central, and Adesoji Akanbi, Oyo South, who were among the 15 defected senators on Tuesday, made U turn, declaring they are returning back to the ruling party.

The two senators joined other APC senators that held meeting with President Muhammad Buhari on Wednesday night at the State House, to show solidarity and pledge their loyalty to the ruling APC.

Senator Akanbi had Tuesday denounced his defection saying his name was erroneously listed as a defector.