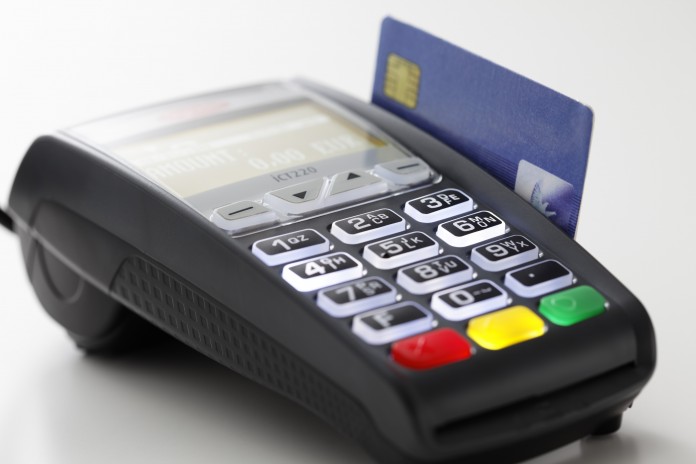 IN the latest innovation in crime, armed robbers now carry POS machines along to confirm victims’ ATM accounts and other details right at the robbery points.

National Daily spoke with a victim who was attacked in his house at the Alabeko estate last week. The robbers who were said to be armed with guns injured the victim before taking away his ATM card and PIN number.

The victim was robbed with his family members in Alabeko estate, Ogombo on Tuesday, July 12 about 2:30am.

“After they had robbed the boy who was said to be working in a fish farm, they tied him with a rope and dumped him at the corner of the house before breaking another door that led to my flat.

“They demanded money and my ATM card with that of my wife. They ordered me at gun point to keep quiet or have my head blown off.

After collecting all the valuables in the house, including his wife’s jewellery, the robbers demanded his ATM card which he gave to them without any resistance.

“They then asked for the pin number and my wife gave them a fake pin number. We were surprised that they brought out POS machine and inserted the card but when they entered the pin number to confirm if it was correct and realised that it was fake pin number, they threatened to shoot me dead if I play pranks with them.

His wife had to give them the ATM card pin number which they immediately confirmed with the POS machine.

“Sensing that there was about N96, 000 in the account, they left us but ordered us not to come out of the house or be shot. I had to obey their instruction. After about 30 minutes they had gone, I came out and called out to my neighbours.

“The following morning, after I had reported the incident to the police I ran to the bank only to discover that they had withdrawn N95, 000 from my account with the ATM card at local dispensing point at Okokomaiko about 06:45am.”

Asked if they did not go to the neighbour’s house, he further explained that “they actually went to the door and started banging at it telling them to open the door or they will shoot, but the man refused and they eventually left.”

Giving his own version of the robbery, the fish farm boy said he was sleeping when he heard a bang on his door, with boys numbering crowding him as they asked for his money.

They collected his N2000 and broke his leg. They went inro another apartment to collect more ATM cards with PIN confirmed on the POS machine.

Two days later, another house – about 100 metres away from the previous house attacked – was also attacked by robbers but due to the vigilance of the landlord who raised the alarm, the thieves ran away.

However, when National Daily visited the house, it was learnt that the robbers had broken one of the burglary proof on the fence where they got into the compound.

Some of the residents that spoke to our reporter said robbery, burglary are regular occurrences within Alabeko, Ogombo, Abraham Adesanya estate, Sangotedo and its environs hence they complained of lack inadequate police patrol visibility at night.

One of the residents identified as Mr Oloye complained said once it is about 8pm, we are scared to ply the General Paint road leading to our estate as people are often robbed in the evenings and early in the morning.

Investigation further revealed that there is hardly any day that passes without a commercial motorcyclist being robbed of his motorbike around Lekki Gardens Phase 4 and 5 schemes.

Case reported at Ogombo Police Station
The following morning after the robbery attack, the victim reported the matter at the Ogombo Police Divisional Headquarters.

Unfortunately, after four days the matter was reported at the Ogombo Police station, men of the Nigerian police didn’t find it necessary to visit the crime scene.

The victim narrated that soon after he lodged the complaint, the officer on duty demanded to know how much was stolen from him and other details.

After that, he was told that the Inspector on duty had gone on patrol but he should wait for him for him to be accompanied to visit the crime scene.

Besides, it was learnt that they also complained that their patrol vehicle was not on the ground.

“I was surprised that after telling the police how much the robbers collected from me, they queried me about the source of the money and where I got it,” he said.

The case was later referred to the Anti-Robbery Squad at Elemoro Police Command. They visited the scene and have since commenced investigations.

When contacted, the Lagos State Police Public Relations Officer, Superintendent Dolapo Badmus, said she was not told that there was a case like that reported at the station.

She promised to get back to the reporter later. But she never did, Every effort made to reach her including sending a text message as a reminded was not responded to as at press time.