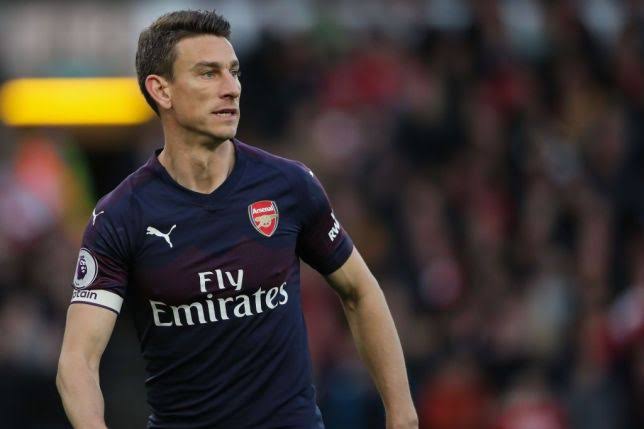 The 33-year-old refused to go on the club’s pre-season tour to the US as he eyes return to France.

According to the Evening Standard, the Gunners are prepared to let him go – if they receive £8.8m.

Bordeaux, Rennes and Lyon are all interested in pursuing a deal for the defender.

As they prepare for Koscielny’s departure, Arsenal are reported to have reignited their interest in Benfica defender Ruben Dias.

Dias was among the defenders the Gunners considered a move for at the start of the window and they heavily scouted the 22-year old Portugal international.

He has a release clause of around £54m in his current contract which expires in 2023 and was deemed to be too expensive by the Arsenal hierarchy.

However, according to the Daily Mail, Koscielny’s flagrant disregard for club protocol has forced the club back into the market, and Dias is back on their radar.