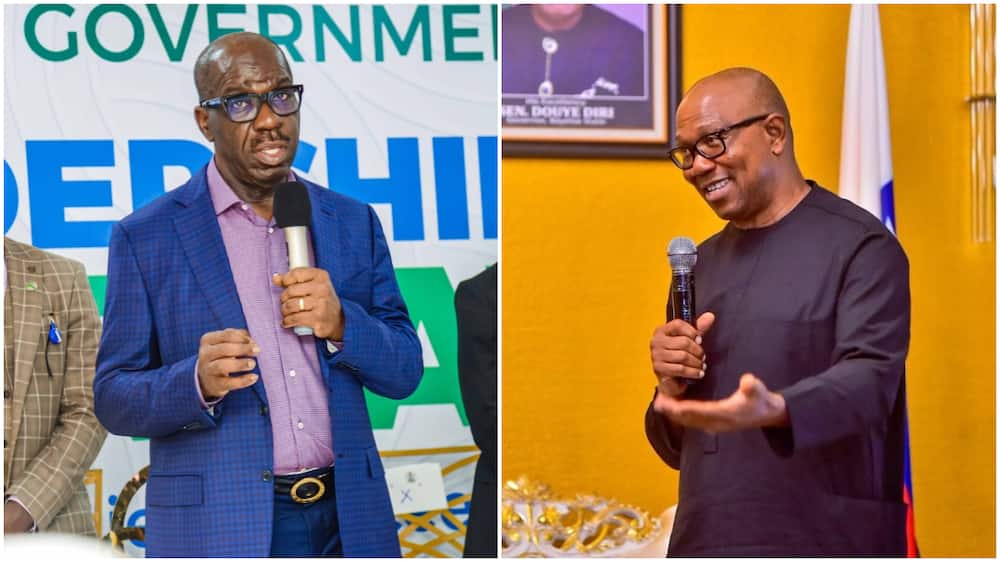 Governor Godwin Obaseki of Edo State has dismissed reports that he has endorsed the candidature of Peter Obi of the Labour Party ahead of the 2023 general elections.

In a statement issued on Wednesday by his Special Adviser on Media Projects, Crusoe Osagie, governor described the claim as an outright falsehood and malicious.

He added that the people behind the claim were misinforming the public for their selfish interest.

Obaseki’s clarification came just 24 hours after a former Secretary to the Government of the Federation, Chief Olu Falae, dismissed reports on the endorsement of the former Anambra State governor.

The statement read: “The news item in a section of the media, stating that Edo State Governor, Mr. Godwin Obaseki, has endorsed the Presidential candidate of the Labour Party, Peter Obi, is absolutely false and malicious.

“Governor Obaseki has, from the onset of the electioneering cycle, been at the forefront of the campaign for our great party, the Peoples Democratic Party (PDP), its candidate, Alhaji Atiku Abubakar, and his running mate, Senator Ifeanyi Okowa.

“The public is hereby warned to watch out for antics of quacks and unprofessional media organisations as well as unscrupulous individuals, seeking to misinform and stir confusion with their outright fake news.

“Obaseki, as the leader of the PDP in Edo State, will deploy his massive support base to ensure the victory of our party and its candidates in the forthcoming 2023 general elections.”