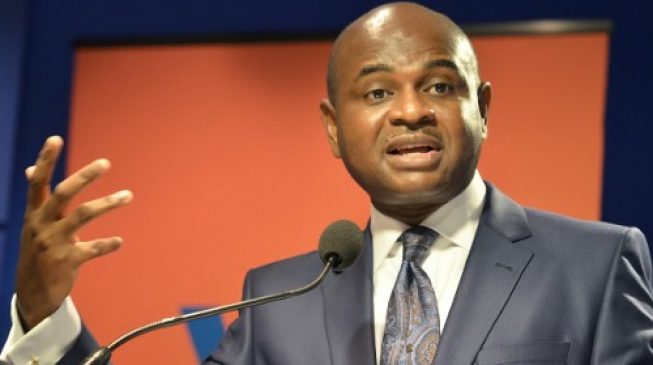 Share this on WhatsApp
A former deputy governor of the Central Bank of Nigeria, CBN, Kingsley moghalu has advised the federal government against taking more foreign loans.
Speaking on ‘The Wealth of Nations and the Imperative of Economic Transformation’ at the Bullion Lecture, the professor said this would prevent mortgaging the future generations of Nigeria.
The lecture was organised by the Centre for Financial Journalism.
The former CBN official said Nigeria needs a worldview to realise its potential.
“As in individuals, so it is for countries. Those that have well developed worldview, with global strategic intent in a competitive world, tend to perform better than those that don’t,” he said.
“Nigeria has failed to achieve high-quality economic growth because the country’s economy is managed mostly on an ad-hoc, reactive basis. It is a ‘survival’ economy in which most governments that held political power have had no real economic vision or a strategy to execute such a vision successfully.”
According to Moghalu, commercialising the indigenous science and technology will be a “quantum leap to prosperity”.
“The absence of a link between science, commercialized indigenous innovation, and economic and business activity is a fundamental obstacle between Nigeria and a quantum leap to prosperity,” he explained.
“This gap is all the more tragic because science and technology is one area in which African countries such as Nigeria can quickly develop global competitive advantage over the Western world and even Asia.”
He also advised that the Nigerian National Petroleum Corporation be reformed into a partially privatized company for better output.