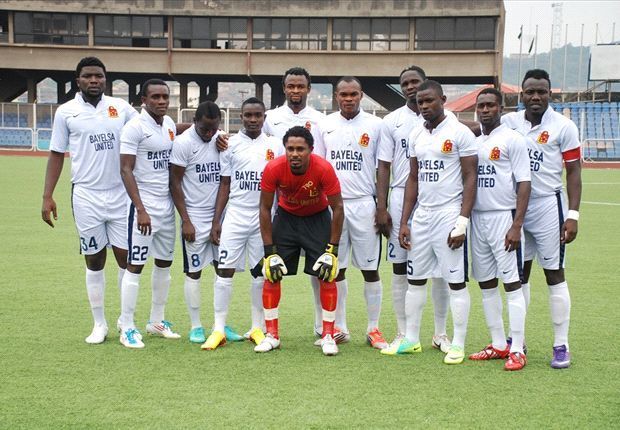 Bayelsa United will storm Warri City Stadium this Sunday to play a test game against award winning NLO2 teams Sporting FC and Iwere FC .
Bayelsa United who were drawn bye in the match day 5 of the Nigeria National League, NNL, will play Sporting Fc by 1pm before the Yanegoa based Club *Team B* will take on Iwere Fc in the same venue by 3pm.
According to the Chairman of Bayelsa United, Anthony Ogola, the game is billed to test some of their new recruits and to fortify the team ahead of future challenge.
ALSO READ:Rashford isn’t an EPL footballer- Angry united fans cry out over poor form
Bayelsa United are second closely trailing group B1 table leader Shooting stars with four points in the NNL abridged league.