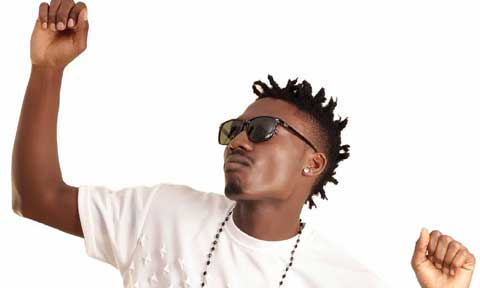 Efe explains why he’s following just 5 people on Instagram after reports surfaced that he unfollowed over 2000 people after winning Big Brother Naija show.

Recently, there were reports that Efe unfollowed over 2000 people on Instagram after he won the Big Brother Naija reality show.

In a recent chat with entertainment journalists, Efe stated that he wasn’t following anyone before he left for the show. He also said that the screenshots of an account following 2000 accounts is fake.

The thing is just funny to me. Na so people dey lie? It’s crazy o for me,” Efe said.

“The thing is that, before going for Big Brother Naija, I had barely 600 to 800 followers on Instagram, and I wasn’t really following anybody. It was zero.

“So, I went into the house and I came back, and I found out that my team handling my PR started following about four to five people. So, saying it got to 2000 and then dropped, is amazing. 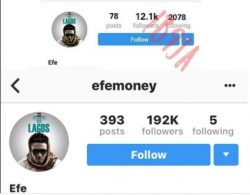 According to Efe, a screenshot of an account with over 2000 following is probably from one of the numerous fake accounts. He also mentioned that following thousands of people on Instagram doesn’t determine humility.

ALSO SEE: Waje, Omawumi in love like no other

“What I noticed they were talking about is ‘look at the humble human being.’ I don’t think all these followership is what determines if you’re humble,” he said.

“I’m still coming to terms with social media. I no know where they get their propaganda from. But, one thing with Efe, as you see me so, na God carry me come here. I no get anything to shout.”

“You dey see my eyes, today na Wednesday. I never sleep. So, wey the time to dey unfollow?” 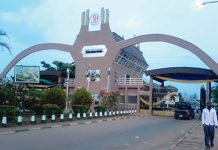