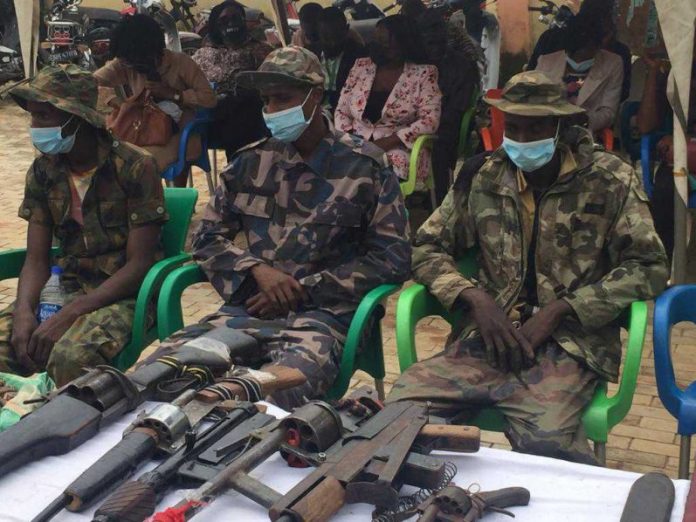 Three of the suspects that masterminded the kidnap of over a hundred Bethel Baptist School students in Kaduna weeks ago have been arrested.

Dressed in military fatigue, the three suspects were paraded by the Force PRO Frank Mba at the headquarters of defunct Special Anti-Robbery Squad (SARS), in Abuja.

The gruesome threesome—Adamu Bello, Isiaku Lawal and Muazu Abubakar—said 25 of them abducted the students.

They said they carried out the operation for money.

“Twenty-five of us carried out the operation. We kidnapped 136 students and I got N100,000 share from the money,” Abubakara, 27 years old.

May of the kids have been released after millions of naira in ransom.

No fewer than 63 of the kids are still in their captivity.