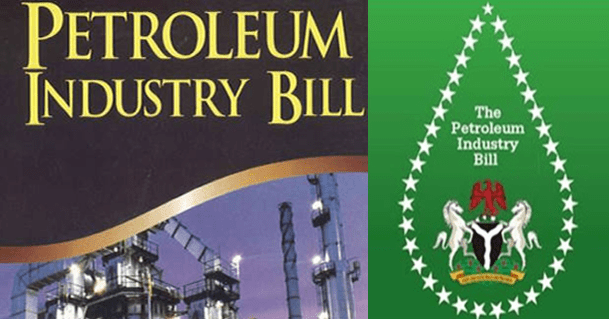 The story is told of a man who sat at one of the metro stations in Washington DC and started to play the violin; it was a cold January morning. He played six Bach pieces for about 45 minutes. During that time, it was calculated that thousands of people went through the station, most of them on their way to work.

Three minutes went by and a middle aged man noticed there was musician playing. He slowed his pace and stopped for a few seconds and then hurried up to meet his schedule. A minute later, the violinist received his first dollar tip: a woman threw the money in the till and without stopping continued to walk. A few minutes later, someone leaned against the wall to listen to him, but the man looked at his watch and started to walk again. Clearly he was late for work.

The one who paid the most attention was a 3 year old boy. His mother tagged him along hurriedly but the kid stopped to look at the violinist. Finally the motherpushed hard and the child continued to walk turning his head all the time. This action was repeated by several other children. All the parents, without exception,forced them to move on.

In the 45 minutes the musician played, only 6 people stopped and stayed for a while. About 20 gave him money but continued to walk their normal pace. He collected $32. When he finished playing and silence took over, no one noticed it.

No one applauded, nor was there any recognition.

No one knew this but the violinist was Joshua Bell, one of the best musicians in the world. He played one of the most intricate pieces ever written with a violinworth 3.5 million dollars! Two days before his playing in the subway, Joshua Bell sold out at a theater inBoston and the seats average $100.

This is a real story. Joshua Bell playing incognito in the metro station was organized by the Washington Post as part of a social experiment about perception, taste and priorities of people. The questions that came out of this event includes:

Do we really perceive beauty?

Do we stop to appreciate it when we perceive it?

Do we recognize the talent in an unexpected context?

One of the possible conclusions from this experience could be: If we do not have a moment to stop and listen to one of the best musicians in the world playing thebest music ever written, how many other things are we missing? These are the same questions this author istempted to ask about the Petroleum Industry Act (PIA).

So how did we get to this stage of the PIA? I’m glad you asked!

A new chapter in the annals of the Nigerian state was opened in 1999. This came along with major changes in the economy most notably was the thrust towards privatization with the more successful one being the ICT sector.  Based on the successes with the likes of Econet, MTN, etc there was a resultant demand for similar exercises in the power and petroleum industries. The debate was strong in the Petroleum industry and as a precursor to the controversies; an overhaul of the framework was suggested and pursued first by the Olusegun Obasanjo administration. So in 2008, the FG began working to improve transparency and accountability in the oil sector.

There is little point in reminding us that despite being one of the largest producers of crude oil in Africa, our country has traditionally been unable to significantly translate this oil wealth into sufficient national development. There have been many reasons for this, including insufficient governance, weak sector regulation, inefficiencies in industry operations and more. These have resulted in declining investment and returns in the industry, owing to the uncertain investment climate, incessant fuel shortage, insecurityand price volatility. This explains why the LPG price is higher than ever today. The Depot price per truck of 20 MT is now N8m. It was N4m last year! In response, the Petroleum Industry Bill (PIB) was developed.

The PIB contains 5 Chapters, 319 Sections and, 8 Schedules dealing with Rights of Preemption; Incorporated Joint Ventures; Domestic Base Price and Pricing Framework; Pricing Formula for Gas Price for the Gas Based Industries; Capital Allowances; Production Allowances and Cost Price Ratio Limit; Petroleum Fees, Rents and Royalty. What’s more, there is the creation of two regulators (The Authority & theCommission) as well as a Ministry of Petroleum Incorporated.

It the beginning the greater challenge was from the International Oil Companies (IOCs) but this was quickly overcome. At the end the bigger challenge was with the host communities and what we now know as the frontier basins. The bill allocated 30% of the profits of the new NNPC limited to be invested into the frontier basis exploration. They also reduced the allocation to the host communities from 10 present to 3. In terms of the politics of how this was achieved, this was wrong. However in terms of the technicalities there is a need for further scrutiny!

To begin with, there is a fallacy of hasty generalization that the frontiers are simply the Chad basin and the surrounding areas. This is largely because the efforts thus far are around those areas. The frontiers includethe Anambra Basin. There is also the Dahomey Basin, a region that includes Lagos, Ogun & Ondo states. That’s not all; there is the Benue/Enugu coal belt which is also very rich in gas.  There is hardly anyone agitating about these issues that know these facts. There is also the fact that AS AT TODAY, the NNPC is a loss making machine! This means 30 percent of profits translate to zero cash! It will not be a loss making venture for ever but that is the reality today.

Going further, 3% allocation (which is from the Oil companies operating expenses (OPEX)) is already MORE THAN TWICE what is currently allocated the NDDC! The percentages may be untidy politics but the figures are princely! All of these would be unavailable in the event that the PIB is not passed into law. The Delta area also has the benefits of the 13 percent derivation fund, the NDDC and the Ministry of Niger Delta Affairs.

The PIA is not a perfect law. In reality no law is. However is it possible, just possible that like the passersby that watched the violinist were are spending so much time being against that we are not seeing any beauty?

* SOWUNMI Olabode III is an Energy Consultant, aide to the Senate President on Gas & Power, Vice Chair of the Gas-To-Power Study groups of the NGA, member of the African Business Roundtableand CEO of Cabtree Limited. Can be reached on [email protected]com