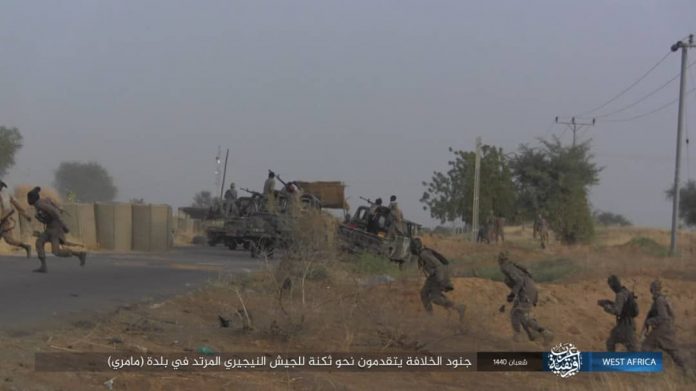 The Nigeria Army suffered loss of personnel when Boko Haram fighters killed 15 soldiers in an attack on a military base in Borno State.

Security sources were said to have acknowledged that the terrorists rode into Magumeri Local Government Area, dealing a big blow on a Brigade Command at about 6.00 p.m. on Friday, leading the death of one Captain, one Lieutenant and 13 soldiers. They were said to be engaged in intense firefight with the Boko Haram terrorists.

It was further indicated that 19 other soldiers were wounded in the exchange of fireworks; and they were evacuated to the military hospital in Maiduguri for urgent medical treatment.

Sources were also said to have added that about 24 soldiers who survived the onslaught, which was said to be first reported by Agence France Presse (AFP) on Friday, departed the military base to a safer military barrack.

Heavy military equipment, including anti-aircraft machine guns and Toyota Hilux vehicles, were said to taking away by the Boko Haram fighters after the gun battle.