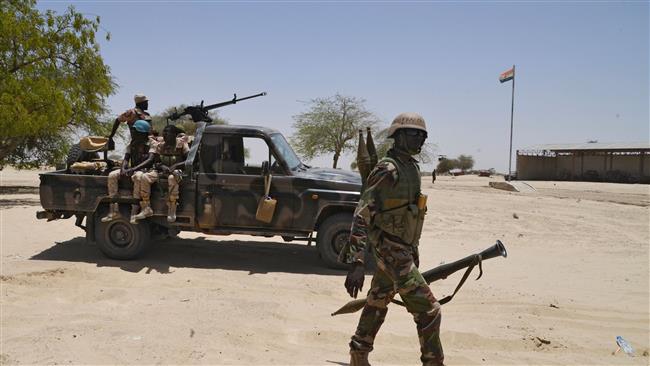 The military is to intensify its mop-up of the remnants of Boko Haram fighters after calling it a day on the anti-terror war.

The next chapter will focus on post-conflict repairs of destroyed infrastructure in the Northeast, it said yesterday.

The army has since occupied the major part of Sambisa forest and the former headquarters of Abubakar Shekau, the leader of Boko Haram.

Acting Director, Defence Headquarters, Brig.- Gen. Abubakar Rabe described the war against Boko Haram as history. The military will focus on eliminating the remnants of the insurgents in their hideouts, he said.

The Defence spokesperson said: “The war on Boko Haram insurgency is over, I can assure you of that. We have won the war against the terrorists, but from this year, we will concentrate on post-conflict repairs in the Northeast; that is the next chapter in our history.

“We will also intensify our mop-up operations against the remnants of the terrorists, we are focusing on eliminating them in their hideouts and we are warning members of the public, especially the communities in the Northeast and other parts, to be wary of fleeing Boko Haram terrorists and report them to security agencies. This is necessary because they are in disarray ,” Gen. Rabe said.

The Chief of Army Staff (COAS), Lt.-Gen. Tukur Buratai has said that Sambisa forest would serve as a training camp for the army.

The COAS said the army was already opening up roads to Sambisa and Alagarno forests following the capture of the terrorists stronghold.

“I have already directed that we should conduct Nigerian Army small arms championship in that forest next year (2017). And we are going to use it also to test fire our fighting vehicles, other key equipment and weapons that require testing whenever we want to induct new weapon and equipment into the Nigerian Army inventory,” Gen. Buratai said.

But despite the claims of the military of tactical victory over Boko Haram, northern Borno continues to pose a challenge, with the terrorists launching surprise attacks on soldiers and military installations.

On December 30, last year, fleeing Boko Haram fighters attacked troops from 3 Battalion and 112 Task Force Battalion stationed in Rann, but the attack was quickly repelled. Many of the insurgents were killed. Four soldiers were injured.

In Southern Borno especially Chibok Local Government Area, there are still many villages where Boko Haram fighters control and the people have been forced to flee. According to sources, villages surrounding Chibok town, including Kumjalari, Kubrivu, Kaumutayahi, Kakilmari and Kwada, are still being raided by Boko Haram even as the residents have become Internally Displaced Persons (IDPs) in Chibok.

According to some of the IDPs, Boko Haram fighters are living in Kumkalari, a village about 20 kilometres from Chibok town and harvesting the crops planted by the residents.

Sunday Garba, a spokesman for the IDPS, said: “When our wives tried to get some food from the farms so that we won’t starve, they were chased away by Boko Haram. The terrorists have harvested our guinea corn and they are right now as we speak harvesting our beans; how do we survive now?”

The news of the fall of Sambisa was taken with little enthusiasm in Chibok, especially as the nearly 194 still missing schoolgirls were not found in Sambisa where they were believed to have been kept.

“It is not good news for us because we all believed they were kept in that forest. Have they been moved away to other countries as threatened by the terrorist leader Shekau or where are they exactly?

“The best thing is that the army should try and occupy the whole of Sambisa so we know for sure that the girls are not there again. Then we can start looking elsewhere for them,” a leader of Chibok said in a telephone interview.

But Director Army Public Relations, Brig.- Gen. Sani Usman said the army will not rest until all the kidnapped citizens are rescued.

“ We are not resting on our oars until all the girls and others who have been kidnapped are rescued. We are asking for the support of all Nigerians and we will not rest until they are reunited with their loved ones,” he said.