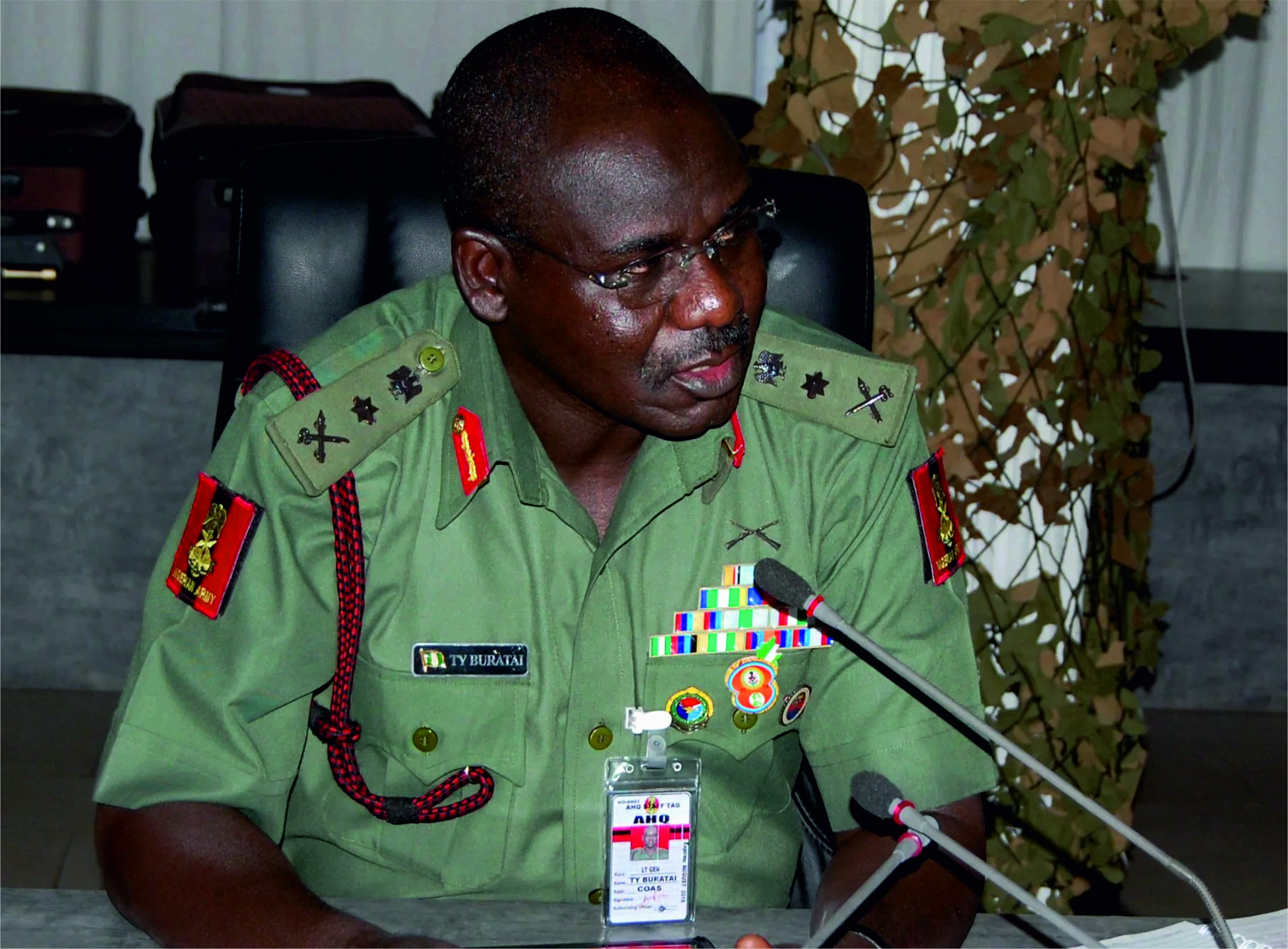 Share this on WhatsApp
Spread the love
The Chief of Army Staff, Lieutenant General Tukur Buratai, on Wednesday, disclosed that the war against the Boko Haram insurgents is not yet won and over.
He called on all and sundry to join hands to crush the insurgents noting that they have been technically defeated.
Buratai, who addressed officers and men of the Nigeria Army in Damaturu, Yobe State capital reiterated that “the war has not yet been won and all is not over until it is over.”
Buratai urged military personnel to partner with other security agents in prosecuting of the war and anything less will jeopardise the efforts of the security forces as a whole.
ALSO SEE: Police tighten war against Boko Haram
“I want to assure you that the highest military hierarchy will continue to give you all the
necessary support in the fight,” he stated.
National Daily learnt that few days after about five geologist lecturers with some NNPC staffers were killed by the insurgents, Boko Haram terrorist, on Wednesday, struck again in Adamawa state, and killed six person.
The seven persons killed have been confirmed by the Adamawa state Commissioner for Information and Strategy, Malam Ahmad Sajoh.
They were killed Wednesday morning at Midlu village of Vapura ward in Madagali Local Government Area of the state.
“The insurgents attacked around 2 a.m. killing six people while one of them was killed by hunters. Soldiers and hunters have dislodged them from the area,” Sajoh reiterated.
Share this on WhatsApp
Related Topics:Boko Haram insurgentsChief of Army StaffLieutenant General Tukur Buratai
Up Next