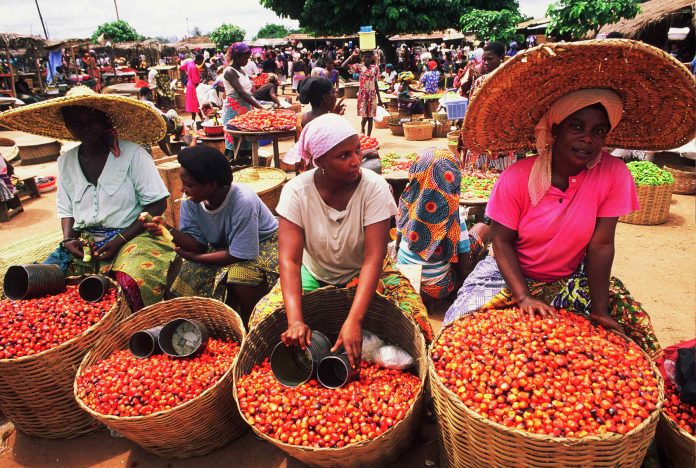 Nigerians are beginning to reel under rising food and commodity prices which have sky rocketed in the last two weeks in the wake of the Nigeria-Benin Republic border closure at Seme by the Nigerian authorities over alleged smuggling activities along that corridor.

The commodities mostly affected by the general price increase are rice, frozen meat, tomatoes and other staple food which are almost beyond the reach of the average Nigerian household. Some Nigerians who spoke to National Daily  lamented that the border closure had unleashed great hardship on them and their businesses.

Muhammadu Buhari, Nigeria’s president in August said he ordered the closure of the border to curb the massive smuggling activities, especially of rice, taking place on that corridor.

Cold rooms surveyed across Epe and Ibeju Lekki areas of Lagos state which stock frozen fish and chicken for sale revealed that frozen chickens were unavailable when asked and for those who had, the price had risen by over 50 percent.

Retail sellers said, since the border closure, supply has not been forthcoming and those who had in stock have to increase their prices so as to break even.

In order to show support for the government’s decision to close the country’s border, rice processors in Nigeria said they have pegged the retail price of locally produced rice at not more than N15,000.

The RIPAN chairman stated that the ex-factory price of per-boiled rice, which Nigerians consume has been pegged at between N13,300 and N14,000 while the final retail price has been marked off at N15,000.