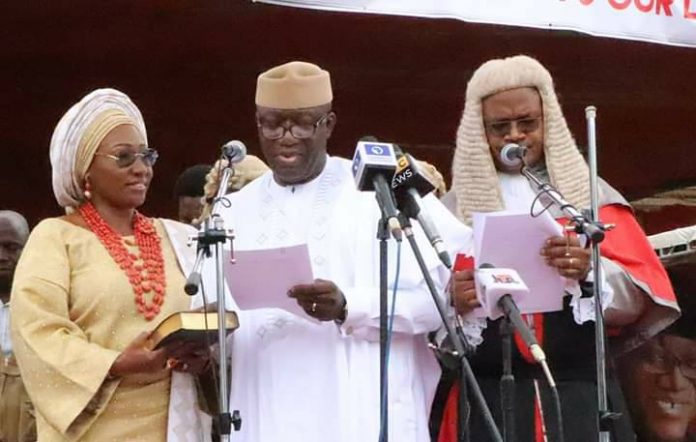 An APC faction in Ekiti has suspended the state’s Gov Kayode Fayemi in the on-going battle between factions of the ruling party.

A faction suspended Babafemi Ojudu, an adviser to President Muhammadu Buhari, along with 10 others yesterday.

The Senator Anthony Adeniyi-led faction announced the suspension of the governor—for anti-party activities.

The faction also described as illegal the Paul Omotoso-led state executives of the party, according to a communique of their Wednesday meeting made available to journalists on Friday.

Among others, the document stated: “That Dr Fayemi, the Executive Governor of Ekiti State is hereby suspended from the Party in view of his numerous anti-party activities especially his role in the recently concluded governorship election in Edo State, which is contrary to the provisions of Article 21 (A) (ii) of the APC Constitution.

“The Paul Omotosho led faction of the APC Executive in the state is hereby declared illegal and suspended from the party for failure to emerge in accordance with the Constitution of the Party.

“Senator Adeniyi, as a statutory member of the SEC going by our party’s constitution, was elected by all members attending as the Acting Chairman of the State Executive Committee in the absence of direction or directive from the National Body. He is as such the only one thus capable to call the SEC meeting as duly required by the constitution from henceforth.”