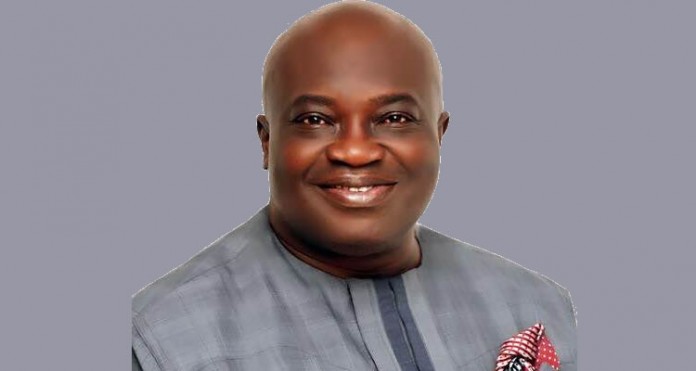 Hope by Dr Alex Otti of the All Progressives Grand Alliance (APGA) to upset the apple cart and assume the position of Governor has been dashed by the Supreme Court of Nigeria which declared Dr Okezie Victor Ikpeazu winner of the Abia 2015 governorship contest.

The seven-man panel led by the Chief Justice of the Federation said it will give reason for its judgement on February 15, 2016.

The governorship election in Abia State held on April 11, 2015 was declared inconclusive by the Returning Officer, Prof. Benjamin Ozurumba, and a supplementary election scheduled in some polling units across nine local government areas in the state, after which Prof. Ozurumba declared Ikpeazu of the Peoples Democratic Party (PDP) winner of the contest.

His main rival, Dr. Alex Otti and his party, APGA rejected the outcome on the grounds that results from the three local governments of Isiala Ngwa North, Obingwa and Osisioma ought not to have been accepted as valid.

Results from the three councils became a subject of dispute when, based on reports of alleged violence and irregularities from some observers, the Returning Officer announced their cancellation .

Otti took his rejection of the polls to the Election Petition Tribunal sitting in Umuahia which on November 3, 2015, held that he failed to prove allegations of over-voting, violence and other malpractices in the three local governments and dismissed the petition accordingly while affirming Ikpeazu’s victory.

Unimpressed by the verdict, the APGA candidate turned to the Appeal Court, Owerri Division and the five-man panel which looked into his appeal, virtually agreed with all his prayers and expunged votes recorded from the three local governments and declared him winner of the Abia guber poll, saying that he scored the majority of lawful votes cast in the election on December 31, 2015.