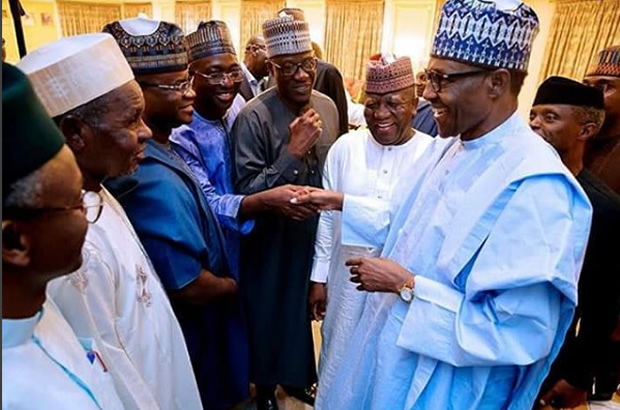 The meeting started at the Council Chamber around 11.37am when the President arrived the venue.

The Forum is headed by Kebbi State Governor, Atiku Bagudu.

Deputy governors at the meeting included those of Katsina and Kaduna

The Secretary to the Government of the Federation, Boss Mustapha and the Chief of Staff to the President, Abba Kyari, were also at the meeting

The meeting was expected to dwell on security challenges in the country among other issues.

It was still in progress at the time of filing this report.