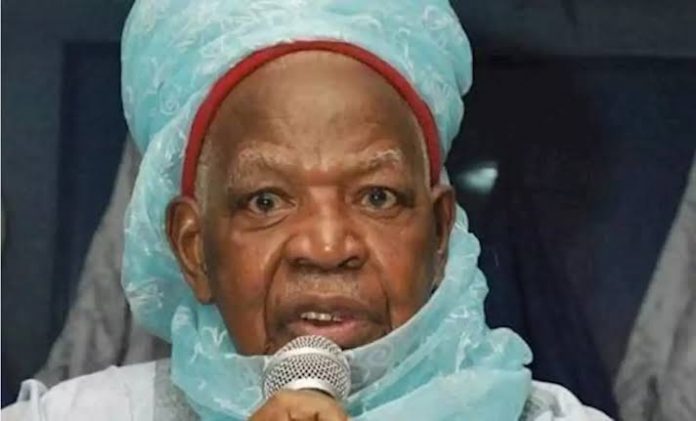 President Muhammadu Buhari mourns the late President of the Court of Appeal, Justice Mamman Nasir, describing him as a man of integrity and symbol of humility.

President Buhari noted that the death of the late Appeal Court
President was not only a loss to the judiciary, but also the entire country, because of his remarkable commitment to public service.”

Justice Nasir had died on Saturday at the age of 90. President Buhari celebrated Nasir, the Galadiman Katsina, saying “the
late Nasir belonged to a generation of Judges and Justices who perceived public office as an opportunity to offer selfless service to the country and its people.”

Buhari declared: “Nasir and Judges of their golden age were more interested in leaving untainted record of integrity than accumulation of wealth overnight.

“When you look at Nasir’s modest lifestyle and his incredibly humblepossessions, you would be disarmed at once by his honesty and patriotism.

“While some Nigerians perceive public office as an opportunity to line their pockets, men of Nasir’s character put a higher premium on honest labour than on greedy accumulation of questionable wealth overnight.”

President Buhari added: “gentlemen like Mamman Nasir succeeded in protecting their reputation because greed was far removed from their minds”, and that “contentment is the secret to a happy life of service to the people.”

He maintained: “lack of contentment is the devil behind greedy accumulation of wealth at the expense of others, but selfless public servants like Nasir were never motivated by the desire to live above their means.

“Nasir’s family should be proud of their father because he built a solid and impeccable record of integrity, which is the greatest asset any individual should leave behind.”