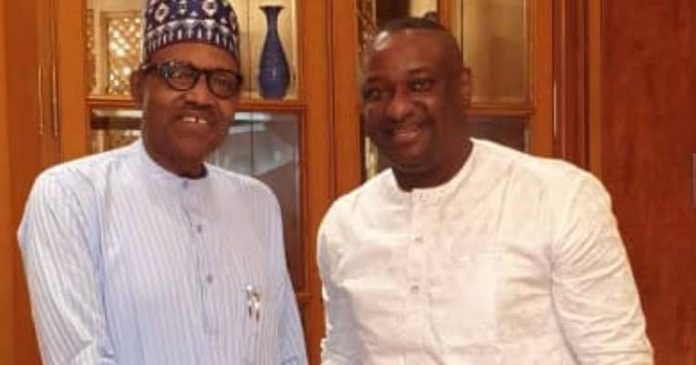 President Muhammadu Buhari may have tacitly given his support to the Minister of State for Labour and Employment, Festus Keyamo in his face-off with federal lawmakers over the 774,000 Special Public Works programme.

In a tweet post by the federal government on its official Twitter handle on Tuesday, said it has formally kick-started the programme across the country with the inauguration of the State Selection Committees.

Recall that the National Assembly had earlier called for the suspension of the programme, following disagreement and altercations with the Minister of State for Labour and Employment, Festus Keyamo, over the operations and processes of the programme.

This programme, which is coordinated by the ministry of labour and employment, was part of the federal government’s intervention programmes and fiscal stimulus measures to help cushion the negative impact of the coronavirus pandemic on Nigerians.

The initiative which is expected to start on October 1, 2020, plans to employ 1,000 persons from each of the 774,000 local government areas in the country. Each of the beneficiaries of the programme will be paid N20,000 monthly to carry out public works.

The implementation agency for the programme is the National Directorate of Employment (NDE).

The Minister of State for Labour and Productivity, Festus Keyamo, while performing the virtual inauguration in a joint address with the Director-General of NDE, Nasir Ladan Argungu, disclosed that an inter-ministerial committee drawn from 8 ministries and headed by the NDE recommended the setting up of states’ selection committees to identify and recruit those to be engaged under the programme

It can be recalled that Keyamo, has been at loggerheads with the federal lawmakers over the implementation of the SPW programme. The lawmakers had insisted that the Minister must seek their inputs before going ahead with the constitution of the 20 man states selection committees. They also accused Keyamo of trying to hijack the programme from the NDE, who should be the implementation agency.

But the Minister, while appearing before a joint committee in the National Assembly accused the lawmakers of trying to hijack the process. He insisted that President Buhari gave him the mandate to directly supervise the programme and as such he is the only one that can ask him to stop.