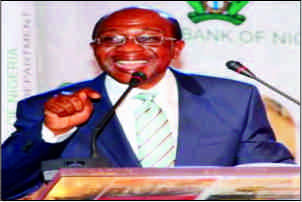 The Central Bank of Nigeria (CBN) has assured operators of Bureau De Change in the country that it has enough dollar cash to meet demand by operators who sell to retail end-users for eligible transactions.

This assurance was given by the apex bank’s Director of Communications, Mr. Ibrahim Muazu, who insisted that the naira remains stable while responding to the allegations by BDC operators that the dollar was scarce.

“All genuine demands are met and the market has been stable since last month,” he added.

National Daily gathered that while the naira closed at N197/$1 at the official market, it was sold at N246/$1 at some parallel market points at Marina, Lagos.

It was also gathered that the CBN last week suspended about 1,600 BDC operators from participating in its forex auction. The regulator’s hammer fell on the currency dealers over their failure to render appropriate returns on the sale of the dollar.

The CBN recently warned banks and the forex dealers to ensure they render effective returns on dollars purchased from its official window or they would be punished. Most of those affected were firms that allegedly gave false bank verification numbers of those they said purchased forex from them.

However, A BDC operator, who spoke to National Daily on condition of anonymity, said BDC operators that were fortunate to purchase the greenback have been hoarding it, thereby creating room for scarcity in the market.

Share this on WhatsApp
Related Topics:BDC OperatorsCBNdollars for sale
Up Next