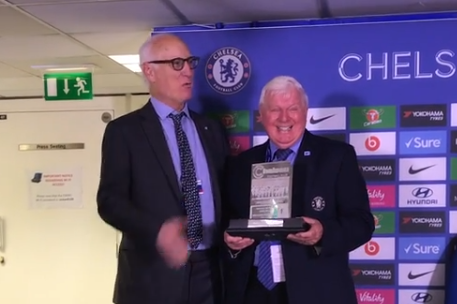 Chelsea chairman Bruce Buck helped honour the long years of service by one staff member by presenting him with a cake and flowers on Saturday.
Buck was at Stamford Bridge ahead of Chelsea’s Premier League game against Bournemouth as the club celebrated Brian Pullman’s fifty years of service at the west London club.
Chelsea’s head of communications, Steve Atkins, delivered a touching speech in front of journalists about Brian, who works at the club on matchdays as well as at the training ground when press conferences are scheduled.
After the speech, Buck presented Brian with flowers and a cake before he posed for pictures with his wife.
And Chelsea also delivered on the pitch later on in the day as they extended their 100 per cent start to the Premier League season with a 2-0 win over Bournemouth,
Pedro put Chelsea ahead after 72 minutes and Hazard netted a second five minutes from time as Maurizio Sarri’s Blues made in four wins from four heading into the international break. 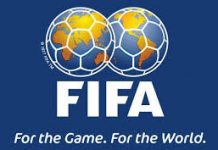 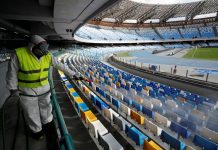 BREAKING: So sad, coronavirus could force this world class player into sudden retirement