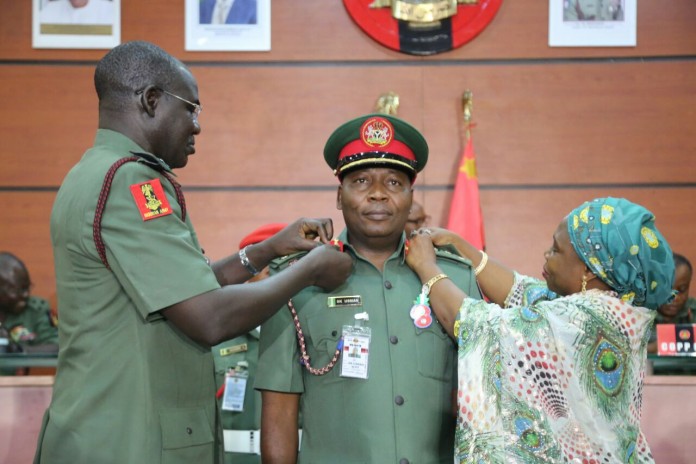 Newly promoted officers of the Nigerian Army were on Thursday decorated with their various rank badges at the Army Headquarters, Abuja.

Among the newly senior officers  decorated were Major General Muhammed Aliyo, former GOC, 3 Division of the Nigerian Army who was involved in motor accident that led to the death of a senior officer.

The COAS enjoined the officers to see the promotion as a huge challenge to serve the nation better and not to rest in their oaks. He wished them successes in their various assignments. 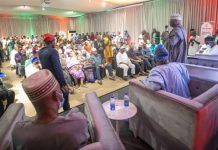