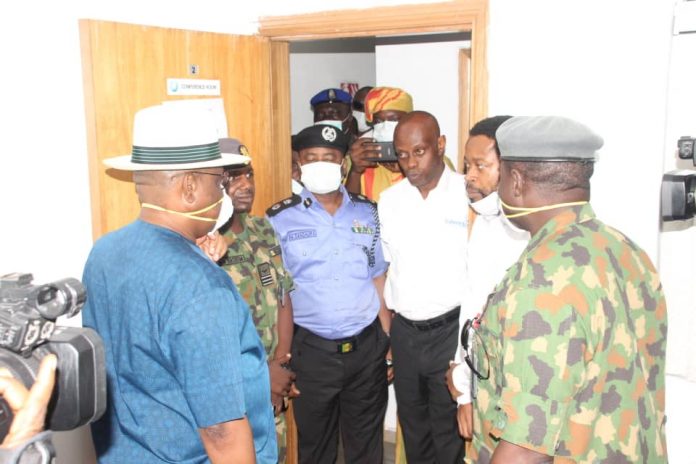 Two pilots were arrested on Tuesday on the directive of Governor Nyesom Wike of Rivers State, for undermining the Executive Order of the state government restricting movement and border closure to contain the spread of corona virus in the state.

The two pilots flying a helicopter were subsequently remanded in prison by a Port Harcourt Magistrate Court.

The Flight Crew Association of Nigeria was said to have defended the pilots that they were operating essential oil and gas services, which was approved by the Nigeria Civil Aviation Authority (NCAA).

The helicopter company also protested that the pilots and the company have approval/exemption to operate during the lockdown period in the country.