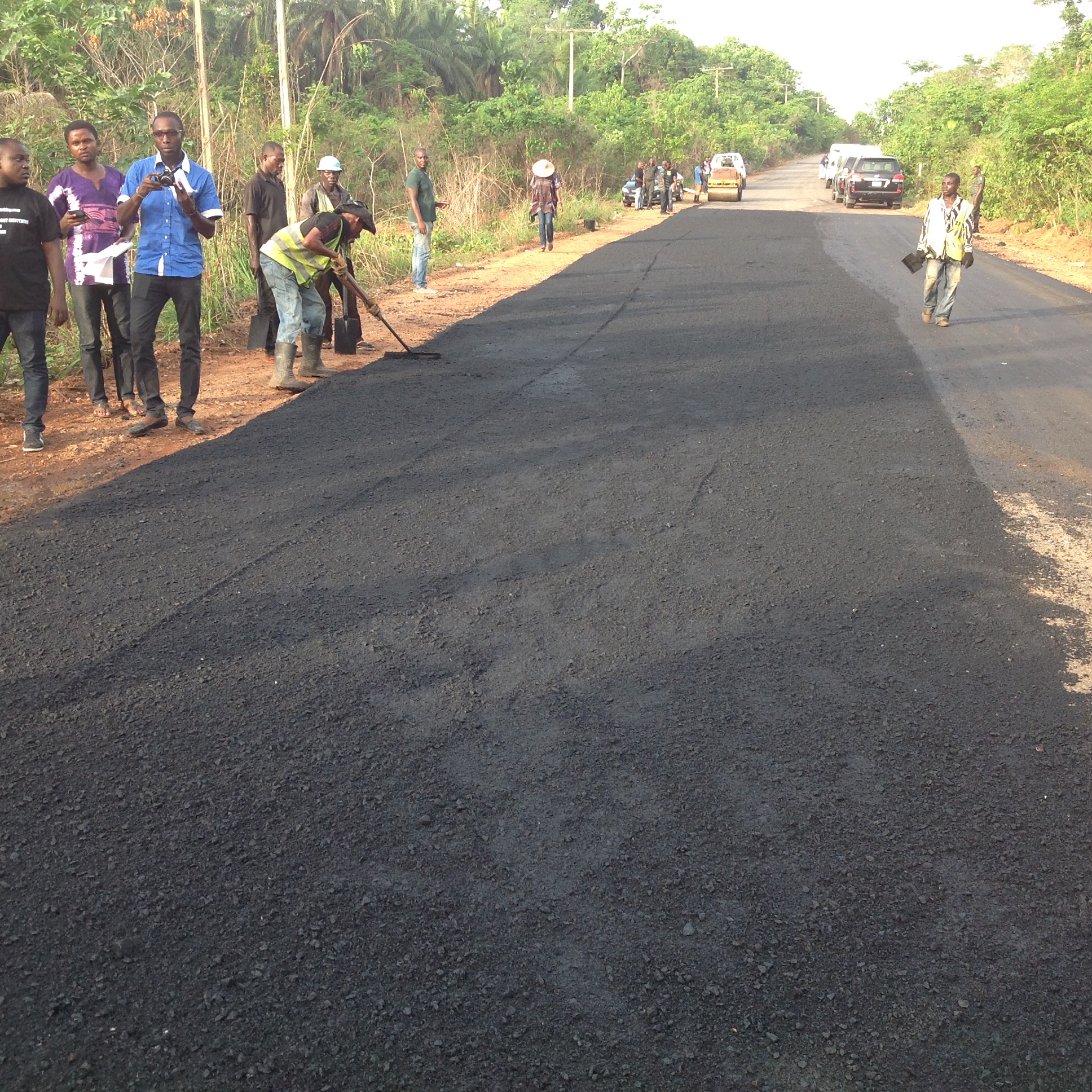 Share this on WhatsApp
Spread the love
By Inyali Peter
Since the creation of the Niger Delta Development Commission (NDDC) by President Olusegun Obasanjo in 2000, there have been incessant accusations that successive administrations have run the commission aloof from it original mandate. In fact, many people have described the Commission as contracts “stock exchange” for politicians from the oil rich region.
The Commission was established largely as a response to the genuine agitation of the Niger Deltans who insisted that despite the huge contribution the area’s petroleum resources to the economy of the country, it was left underdeveloped compared to other regions. Opinion leaders from the region formed different groups while some used militancy to press home the region’s demands from the Nigerian government.
Acknowledging the plights of the people, former President Obasanjo established commission to address the issue of underdevelopment in the area. The NDDC main mission was to facilitate the rapid, even, and sustainable development of the Niger Delta into a regime that is economically prosperous, socially stable, ecologically regenerative and politically peaceful.
But, because of mismanagement, failure to thoroughly follow due process in awaesing contrcats and high level of institutional corruption by previous administrations, this mandate never saw the light of the day.
However, since the new board headed by Senator Victor Ndoma-Egba came on board, there have been renewed hope, focus and commitment to redirecting the commission to its real mandate. Recent developments have clearly showed that there’s breath of fresh air and a classical departure from the way things were done.
Amongst other states, the impact of the NDDC in Cross River under Ndoma-Egba has been enormous. A recent media inspection tour revealed that there are different NDDC projects going on the state which the state, local government ,members of the National and State Assembly have been laying claims to.
The inspection which covered the southern and central parts of the state revealed rapid construction, rehabilitation and repairs of roads, streets as well as construction of different sizes of drainages to control erosion and flood in the state.
This development is somewhat new in Cross River State. This is so because, despite the fact that the former Chairman like Ndoma-Egba is from the state, contracts were awarded and completed only on pages of newspapers as there was little or no visible impact created by the commission. To say the least, nothing in terms of projects reflected that the state produced the Chairman. 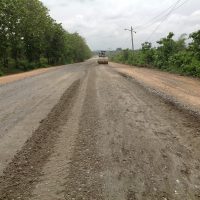 But the six months of Ndoma-Egba has been an icing on the cake of quality leadership. The energy, commitment and determination to change the fortunes of the Niger Deltans especially as it concerns his immediate constituency, his state Cross River cannot be over emphasized.
Before now, the major infrastructural challenge facing the state was the issue of poor roads network. From the major highways to our streets, there was little  to admire about them. But today, the story is different; it is no longer about abandoned projects but how many have been completed and the impact these projects have on the people.
For instance, the Asuquo Nyong Street in Calabar South Local government area which used to be in a terrible situation has today been completed. Although, this 1.5 kilometer road was awarded in 2013, the contractor only returned to site in December when Ndoma-Egba came on board and ordered all contractors to return to site or face prosecution.
The project also include a standard drainage for erosion remediation. Before now, there used to be serious erosion and flood in the area.
Archibong Henshaw, a resident lauded the NDDC chairman and President Muhammadu Buhari for the rapid repair of the road. 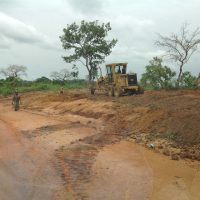 He said that, “We feel relieved by the repair. The drainage they constructed there has eradicated mosquito from this are completely. We feel better and happy because the situation was very terrible and on behalf of all of us, I want to thank the NDDC Chairman and President Buhari for this great work”.
ALSO SEE: Lai Mohammed, Ambode for Editors’ Convention
Also, the 1.6 kilometer Edem Effiong street of which was at a sorry stage is at a completion stage. The one side  2000 mitre drainage to control erosion and flood in the area is almost complete.
This project was awarded in 2015 but the contractor only commenced work in October 2016.
The Youth Leader of Ishie Clan who reacted on behalf of the people said that, “we have been working very closely with the contractors and are happy with the progress so far. Although the road is not fully completed yet, as you can see businesses have been boosted by this and we are very grateful to NDDC”.
Similarly, the Calabar/Ikom/Ogoja highway which used to be impassable is under serious rehabilitation. While some sections have been completed, others are in different stages of compilation.
For instance, the unmotorable sections Ikom-Calabar highway, a 2 kilometre covering from Akpet central in Biase local government area to to Ugep in Yakur, is under serious rehabilitation.
Also, the impassable section of the Ikom-Calabar road along Ekuri/London Junction in Obubra and Yakur local government area is under rapairs. It is a 2.60 kilometer which was a hotspot for armed robbery operations overtime. The contract is to be completed in the next few weeks.
The terrible Ochong/Iyam-Oyo stretch also along Ikom-Calabar highway which used to be accident hotspots that have claimed a lot of lives is almost completed.
In Ikom local government area, the 1.90 kilometer road around, B/Ekien road, in four corners which was chaotic ND poses a huge threat to traffic flow has been rehabilitated.
There are other ongoing NDDC projects like the construction of a 10 kilometer Akparabong/Bendeghede Afi. This road is very significant because it links almost all the Ikom communities to each other.
Reacting
More so, the Ekpogrinyan/Okundi road that leads to the popular Okundi market is near completion. The road according to findings was constructed in 1978 but has not gone through any form of maintenance until NDDC stepped.
Speaking, a commuter and a native of Okundi, Chris Bisong said that “as a person and that is the feelings of everybody, we are happy because this road was constructed in 1978 but no maintenance till now. Most young boys turned it into money making venture were the film the potholes then compel roads users to pay.
“We are happy that the rehabilitation is going on now. We are most grateful to the NDDC Chairman because this road would enhance improved economic activities; WS have a large market here (the Okundi Market) that’s feeding many States, we have palm plantations, Cocoa and many other things”. 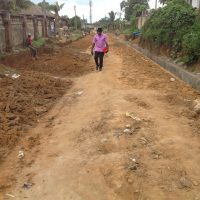 It will be recalled that almost all the completed and ongoing NDDC projects in the state were awarded between 2013/2016 but because of impunity, corruption and lack of courage, the past leadership failed to compel contractors to return to site. They are only returned to site when Ndoma-Egba assumed office
Nevertheless, despite the many projects going on, the commission has come under serious criticism for awarding contracts to incompetent and corrupt contractors. Stakeholders have wondered what kept the contractors for many years before completing projects that should ordinarily take less than three months.
Ekanem Pius, a 42 years don said that ” Ndoma-Egba has shwon that NDDC can actually be the development commission it ought to have been. You can see that there’s a paradigm shift from how things were done before but he must muster the courage to depoliticise processes and of award of contracts.
“Contracts should only be awarded to tested and trusted contractors. I mean, competent people not all these political jobbers”.
While calling on the commission to sanction contractors who have defaulted in meeting time limit, Ubong Edem said berated the NDDC for concentrating in projects that ought to have been executed by the local and states government.
According to him, “I’m aware that this current board has not really commenced executing their own projects but let me advise Ndoma-Egba that NDDC must wake up to realities. The commission should be seen doing tangible projects not what we see now.
What is the business of NDDC with streets, streets lights o even borehole? What the jobs are local and state government if a commission like NDDC under the Presidency would be doing diddling drainages? This to me is ridiculous and a mockery of our collective intelligence; it should and must stop”.
Share this on WhatsApp
Related Topics:Niger Delta Development Commission (NDDC)Senator Victor Ndoma Egba
Up Next