Nigerian’s largest telecommunication company, MTN, is gradually winning the data war as tension over who controls greater market share among telcos continues to heighten in the country.

While operators in the industry showed no signs of relenting on their efforts to outsmart each other for market share, latest statistics released by the Nigerian Communications Commission (NCC) shows that 1.88 million internet subscribers dumped Glo and 9mobile in November 2019 in favour of MTN and Airtel.

From the previous report, MTN edged out Airtel for the first time in 5 months. In a similar fashion, MTN appears to be winning the data war again, as the telecom company gained 850,285 internet subscribers in November 2019.

MTN now has a total of 53.01 million subscribers compared to 52.16 million subscribers in the previous month. Airtel, which had been the leading gainers’ table in recent months, recorded another drop. Though it continues to witness additional internet subscribers on a month-on-month basis, the Telco has lost its top table rank.

In terms of market share, Airtel continues to trail MTN as the latter expands its market share. While Airtel has significantly gained subscribers this year, it has remained behind MTN in terms of total internet subscriber base. 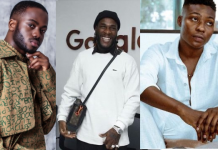 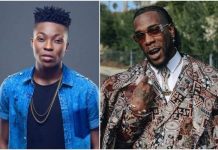