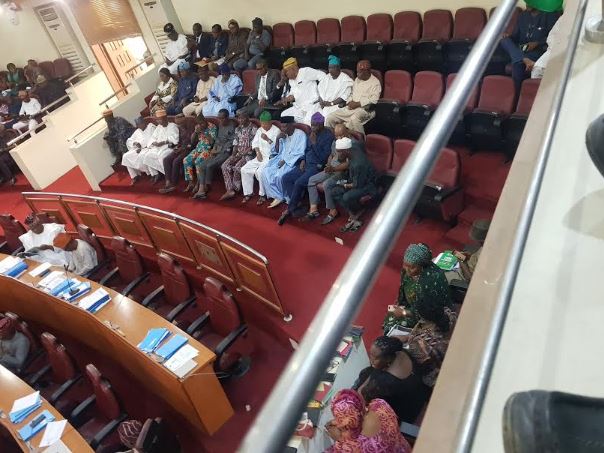 The Lagos State House of Assembly has confirmed 11 nominees of Governor Babajide Sanwo-Olu,three of which will effectively fill the existing void in the State Executive Council,while the remaining eight fits into the Civil Service Commission and Lagos State House of Assembly Service Commission (LAHASCOM).
The nominees were finally screened via a voice vote conducted during plenary on Thursday 16th January, 2020.
The three commissioner-nominees confirmed by the House included Mr Ayuba Adele, Mr Olugbenga Oyerinde and Tayo Bangbose.
Those confirmed for the Lagos State House of Assembly Service  Commission (LAHASCOM) included Hon. Akeem Bello, a former member of the 8th Assembly, Hon. Kabiru Lawal,  a member of the House from 2007–2015 and Mr Akin Osungboye.
The nominees confirmed for the state Civil Service Commission were Mr Babatunde Tiamiyu Seriki, a former member of the House, Hon. Avoseh Suuru, Mr Adesina Odeyemi, Mrs Olubunmi Fabanwo, who was confirmed as Chairman and Mr Kamalrudeen Olorunoje.
The 8-man Adhoc Committee on Screening of Governor’s Nominees has given its report through the Chairman of the Committee, Hon. Rotimi Abiru on Monday during plenary.
Abiru stated that all the nominees were screened by the Committee on Friday 13th December, 2019 and that they all answered the questions put to them and provided all the necessary documents.
The report of the Committee was then adopted as the resolution of the House and motion for its adoption was moved by Hon. Abiodun Tobun and it was supported by Hon. Victor Akande.
It will be recalled that the Assembly had on August 16th, 2019 rejected three of the cabinet nominees presented to it for approval by Sanwo-Olu, necessitating their replacement.
Those rejected by the House included  Ms Ajayi Bembe, Mr George Obafemi and Prince Olanrewaju Sanusi.
Meanwhile, the House read for the third time a Bill for A Law To Amend Land Use Charge 2019 read and the law is now called Property Land Use Charge,which hamonizes all laws on land use matters in the state.
The Speaker then asked the Clerk of the House, Mr. Azeez Sanni to send a clean copy of the law to the Governor of the state, Mr. Babajide Olusola Sanwo-Olu for assent.
The House subsequently went on its annual recess and adjourned sitting till Monday 2nd March, 2020.
PV: 0