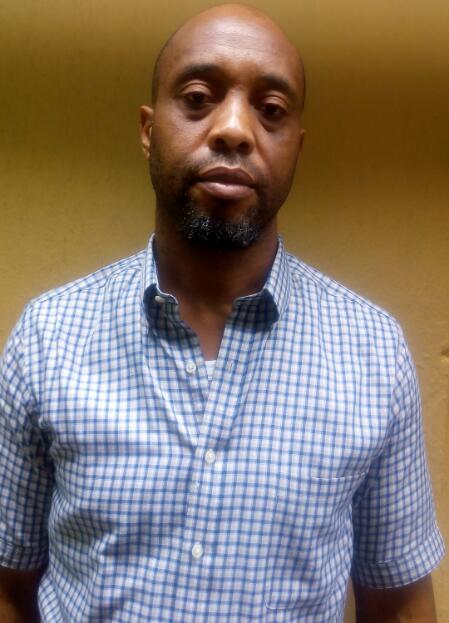 Share this on WhatsApp
Spread the love
By OKOSUN DENNIS
A 46-year-old man, Obu Obioha Udemezue, has been dragged to the Tinubu Magistrate Court 3 for defrauding one Johnson Magnus Maduabuchi for N6m claiming that he was into oil business.
The suspect, who lives at Banana Estate, Igbo Efon, Lekki, Lagos had on the 25th July 2016 fraudulently collected the said amount of money in order to invest it into oil business, a claim he knew was false.
In a three-count charges levelled against the accused, read “that you Obu Obioha Udemezue (m), and others at large, on 25thJuly, 2016 about 1:30pm at Ajah, Lagos at the Lagos Magisterial District did conspire among yourself to commit felony to wit by obtaining money by false pretence and stealing and thereby committed an offence punishable under Section 409 of Criminal Law of Lagos state, Nigeria 2011.
ALSO SEE: Man slashes daughter’s throat over Facebook
The Police Prosecutor, Sgt O. Innocent told the court that the accused had wooed the complainant that he was into oil business and requested that he (Maduabuchi) to sponsor the business.
It was learnt that soon after he got the money from the complainant, he absconded but was later traced to his hideout and was arrested by the police.
Although he pleaded not guilty to the charge, the Magistrate, Mr I.O Kazeem granted the accused bail to the sum of N2m and with two sureties who must be gainfully employed in reputable organisation and must be of level 15 and above. Such person must not be in the teaching ministry or local government organisation but must be a civil servant from any other ministry.
In addition, the sureties must have evidence of tax payment for three years, have a landed property in Lagos with C of O. He must also deposit N500,000 in the account of the court registrar among other conditions.
The case was adjourned to 24th April, 2017 for further hearing.
Share this on WhatsApp