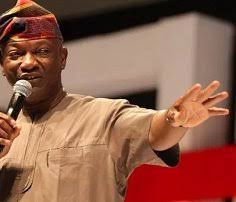 A political scientist, Prof. Aloysius Okolie, has expressed concerns over the Independent National Electoral Commission’s declaration of governorship elections in some states as inconclusive.

Okolie, who is of the Department of Political Science, University of Nigeria, Nsukka, told the News Agency of Nigeria in Nsukka on Tuesday that it was unfortunate that the electoral body has taken some steps backward rather than improve on the gains of the 2015 general elections.

“I don’t think there was any inconclusive election in any state in the 2015 general elections, whereas in the just concluded governorship election, INEC has declared elections in six states inconclusive.

“It gives many Nigerians concern that some states’ final results of elections conducted since Saturday have not been announced by INEC,” Okolie said.

He said if the issue of ‘inconclusive election’ was not adequately resolved in affected states, it might result in more voter apathy in future as well as loss of confidence in INEC.

“He will suspect foul play and may decide not to vote in future elections because he will believe that his vote did not count, thereby losing confidence in the electoral umpire,” he warned.

He, therefore, urged INEC to avoid declaring elections inconclusive, considering that it could heighten political tension and anxiety in affected states.

The don described the militarisation of some states during the March 9 governorship and state Assembly elections as a development that had attracted national shame to the country.

“It is unfortunate that election, which is the backbone of any democratic system, has been turned to a battlefield in the country by some overzealous politicians.

“INEC should do all within its capacity to arrest and prosecute all military personnel – whether real or fake – involved in that show of shame.

“This is the only way to convince Nigerians and the international community that there are still Rules of Engagement and due process in the country,” he said.