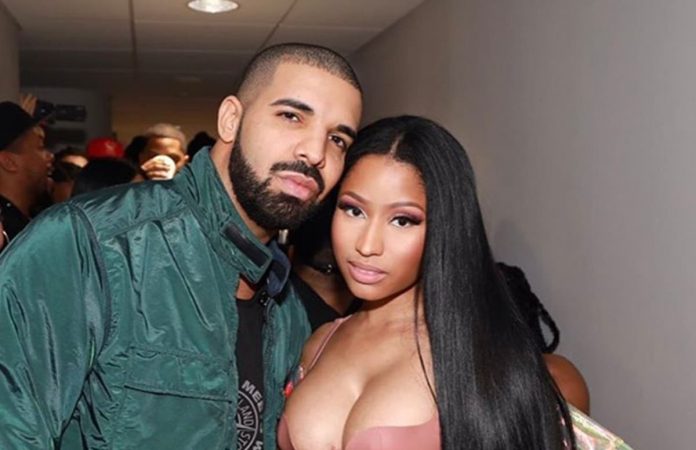 That the Canadian rapper, Drake was the biggest winner at the Biĺlboard Music Awards yesterday was no longer news. The news rather is if Drake has extended his love tentacles to Nicki Minaj after alledged romance with Rihanna and Jennifer Lopez.

Drake won the most BBMA’s on a single night thereby setting a new record by scooping 13 Billboard Music Awards after he topped Adele’s previous record of 12.

ALSO SEE: One death too many in Nollywood as another actress dies

That was not the only drama of the night as the Canadian rapper allegedly declared his “love” for his label mate Nicki Minaj. National Daily gathered that  the “Views” crooner is quoted to have said “I’m so glad we found our way back because I love you…”.

The statement has made fans speculate if there is a brewing relationship between Drake and Nicki Minaj who recently ended her relationship with her boyfriend Meek Mill.