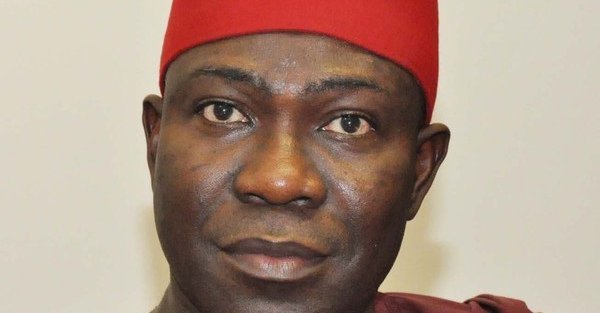 Announcing the result in Awgu on Sunday, the INEC Returning Officer in the council, Prof Emmanuel Eze disclosed that the PDP polled 18, 879 votes while the All Progressives Congress (APC) got 2,710 for Enugu West senatorial seat.

For the House of Representatives, Eze said the PDP polled 18, 958 followed by the APC with 2,817 votes and the All Progressives Grand Alliance (APGA), 1,335 votes.

The returning officer said that valid votes cast were 23,607 out of the total 24,442 registered voters with 840 void votes.

The  senatorial contest was between the Deputy Senate President, Ike Ekweremadu of the PDP and Mrs Juliet Ibekaku-Nwagwu, former Special Adviser to President Muhammadu Buhari on Justice Reform for the APC.

The PDP two term lawmaker Toby Okechukwu is contesting with  Obiora Ilo of the African Independent Television (AIT) for the APC for Awgu/Aninri/Oji River federal constituency.