Share this on WhatsApp
Spread the love
The Coalition of All Progressives Congress (APC) Local Government (LG ) Chairmen in Enugu State has backed the impeachment of the former Acting Caretaker Committee Chairman of the party, Mr Ben Nwoye.
The Leader of the group and Coordinating Chairman of APC LG Chairmen in the state, Mr Jude Anyadire, said this on Thursday when he led 12 other chairmen on a solidarity visit to the current Acting Caretaker Committee Chairman, Mr Chikwado Chukwunta, in Enugu.
The National Daily reports that Chukwunta was, until his elevation, the Acting Vice Chairman of the party in the state.
Anyadire described the emergence of Chukwunta as the tonic that would usher in peace and stability in the state chapter of the party.
He expressed the hope that all the in-house bickering, which factionalised APC, would become a thing of the past.
“What led us to where we are today should not have happened but we are happy that you have come to unify the party.
“We want to mobilise members of the party to usher in a virile opposition that will speak for residents of the state and hold government to account,” Anyadire said.
Also, the APC chairman in Isi-Uzo LGA, Mr Titus Nnamani, said it was sad that the party lost its voice in the past years.
“Our party as the main opposition party in the state over the years lost the credibility and mandate to hold the government to account due to internal wrangling and personal interests.
“We are in support of the removal of the former acting chairman and it is now a new dawn.
“We have come to congratulate you because the party has taken a new direction,” Nnamani said.
“We have people like former Senate President, Chief Ken Nnamani, former Gov. Sullivan Chime, Minister of Foreign Affairs, Mr Geoffrey Onyeama, and former House of Assembly Speaker, Mr Eugene Odoh, in the party.
“These are some of the best the state has ever produced. Yet, we have not won elections due to self-inflicted crisis,” Nnamani said.
Responding, Chukwunta said he was on a rescue mission, having understood the challenges the party had passed through.
He said that he would do everything possible to unite the members and run an administration that would lead the party to greater height.
“We have seen the problems of the party and will do everything possible to put it in good stead. “We are going to work to bring everyone on board,” Chukwunta said.
46 of 57 members of the State Working Committee (SWC) of the party had on Aug. 10 removed Nwoye.
He was accused of insubordination and violation of the party’s constitution.
The SWC also alleged that the ousted chairman was stoking crisis in the party, which factionalised it, making it to under achieve in the state.
When contacted, Nwoye described his impeachment as a ruse.
He said that he was still in charge, describing those who impeached him as “imposters”.
Share this on WhatsApp 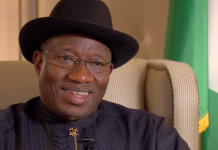