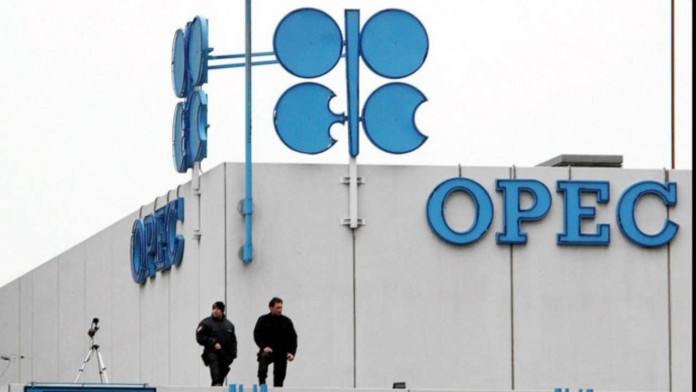 THE decision by Saudi Arabia, Russia and other oil producing countries to cut production in other to tackle the oil gloat crisis has been described as an exercise in futility that would have no impact on the current crisis.

Goldman Sachs Group Incorporated who gave this indication recently said while the agreement could create the perception that more could be achieved, such as production cuts, it is of the opinion that it would not be sufficient to set a floor on prices as they will only stabilise once inventories stop building.

Oil is trading near a 12-year low as record stockpiles continue to swell more than a year after the OPEC decided to keep pumping to defend market share amid a global glut.

Coupled with a record Russian output and United States shale fields producing more oil and gas than previously estimated, prices could slide below $20 a barrel before the rout is over, Goldman insisted.

Minister of State for Petroleum Resources, Dr. Ibe Kachikwu had in the last few days embarked on a diplomatic shuttle to get Saudi Arabia and Russia to agree to production cuts in order to shore up oil prices.

He has laboured to prompt the Organisation of the Petroleum Exporting Countries (OPEC) to convene an emergency meeting before the cartel’s scheduled meeting on June 2, 2016. But Goldman Sachs reiterated its stand that oil prices will remain volatile while being bound to a range in the coming months until inventories stopped rising.

Meanwhile, Nigeria’s crude which remains in ample supply is piling up as it awaits buyers over disagreement between the Nigerian National Petroleum Corporation and field operator, Exxon-Mobil.

Just as the programmes for Nigeria Erha were issued fater several weeks of delay, four cargoes will be loading next month and another three in April. NNPC also issued its official selling price for Erha in March at nine cents above dated Brent, up from a 17 cent discount in February. About 15 March-loading Nigerian crude cargoes are still available, traders said, and a force majeure on Forcados exports was doing little to boost differentials for most grades.