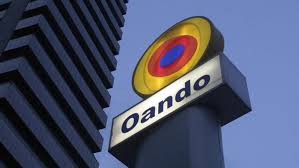 The ongoings tussle between Oando Plc and the Securities & Exchange Commission (SEC) seems unending because the oil and gas company just replied the regulator’s claim that it gave a “fair hearing” in its investigation into the company.

Recently, SEC claimed that “Oando Plc was given sufficient opportunity of being heard and accorded several opportunities to rebut the issues revealed by the investigation.”

The capital market regulator went on to state that these opportunities were made via engagement with Deloitte & Touche in the course of its audit of the company’s business.

The company, therefore, disagreed with SEC’s position, maintaining that it was not accorded a fair hearing “because we simply co-operated with the process and responded to questions posed by the auditors in the course of their fieldwork for findings in a report that the Company has still not seen.

To corroborate the company’s claim that it was not accorded a fair hearing during the investigation, Oando Plc stated that prior to the commencement of the forensic audit, the company was not afforded the same opportunity to meet with the SEC as was afforded to the petitioners, despite repeated written requests to that effect.

Oando stated that during the 18-month long forensic audit exercise, the Company was never given an opportunity to present its case based on the concerns or findings of the Forensic auditor to the SEC.

“In the course of Deloitte’s forensic audit exercise, the Company had a second meeting with Deloitte on the 1st of November, 2018, and this was at the Company’s insistence. At the said meeting Deloitte promised that on the conclusion of its audit it would hold a closeout meeting with the Company, however, this meeting never took place.

With the exception of the aforementioned meetings, all other engagements with both the SEC and Deloitte were via letters and emails.

More so, Oando Plc disagreed with the assertion by SEC in its press release that “the actions of the Commission were properly effected pursuant to the provisions of the Investments and Securities Act (ISA) 2007 and the SEC Rules and Regulations made pursuant to the ISA 2007”.

By virtue of the asserted provision, Oando Plc alleged that SEC circumvented its own rules and procedures when it failed to invite the company to appear before the APC and hear its position. The Commission, according to Oando, instead approached the media to publish the purported findings and punitive directives against the Company.