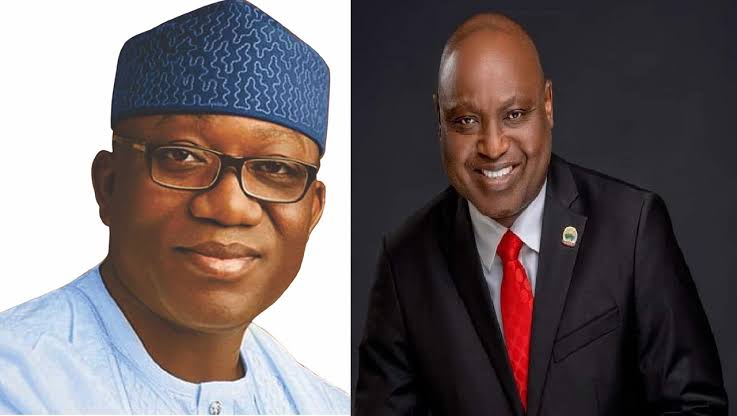 Gov. Kayode Fayemi of Ekiti says Saturday’s election of Mr Abiodun Oyebanji of the All Progressives Congress (APC) as his successor would guarantee sustainable development in the state.

Gov. Fayemi made the assertion in a statement issued on Sunday at Ado-Ekiti and signed by Mr Yinka Oyebode, his Chief Press Secretary.

The governor congratulated Oyebanji on his emergence as the winner of the election.

Oyebanji won the election with 187,057 votes, while the first runner-up, Mr Segun Oni of the Social Democratic Party (SDP), got 82,211 votes. The second runner-up, Otunba Olabisi Kolawole got 67,457 votes.

“It was a befitting honour for a man who had committed his time, energy, talent and resources to the development of the state in the last three decades.

“Ekiti people have spoken loud and clear. The outcome of the election has shown that Ekiti people are honourable people who always support and reward leaders who have served them diligently and faithfully.

“I have no doubt that the governor-elect will serve Ekiti people even more diligently, and create opportunities for other young people.

“The biggest accolade goes to the good people of Ekiti State for their display of civility throughout the electioneering period,’’ he said.

Fayemi also saluted INEC for its innovations that made the electoral process seamless and effective, as well as the security agencies for ensuring a peaceful conduct of the election.